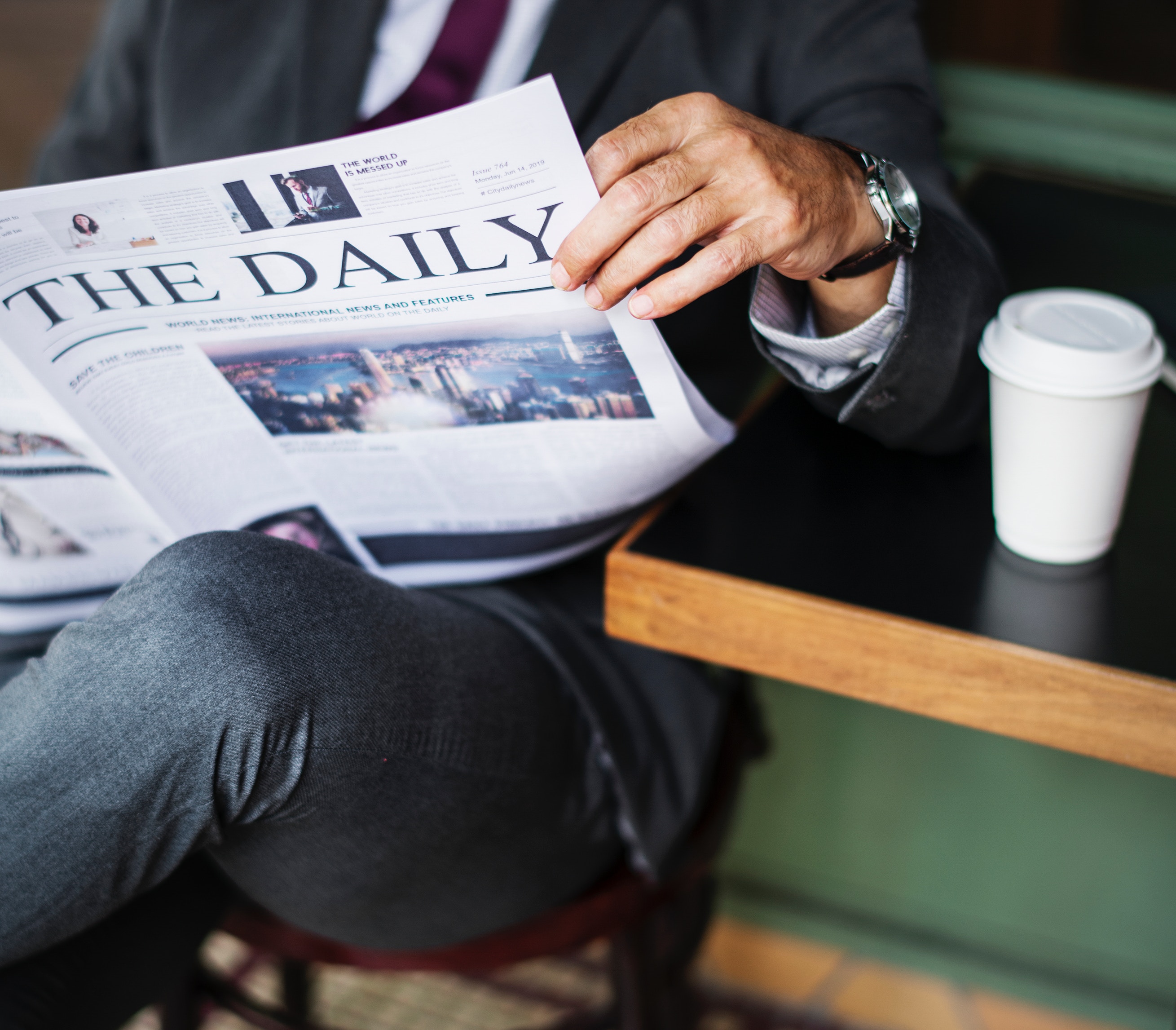 Trend is a general systematic linear or (most often) nonlinear component that changes over time and does not repeat. It is a pattern of gradual change in a condition, output, or process, or an average or general tendency of a series of data points to move in a certain direction over time.

There are deterministic trend models whose evolution is perfectly predictable. These models are very important and are practically very applicable.

This is a perfect example of a trend description equation. Note that the time trend or time dummy, denoted by the variable \(TIME\) is an artificial creation. A sample of size \(T\) has:

Trends may also take a nonlinear or curved form. A good example is a variable that increases at a rate that is increasing or declining. It is not a necessity that trends be linear, but rather they should be smooth.

The other model is the quadratic trend model. These models are capable of catching nonlinearities. Consider the following function:

If \({ \beta }_{ 2 }=0\), then we have the emergence of a linear trend. If smoothness is to be maintained, then polynomials of lower order are applied. We may have several shapes of nonlinear trends. This will be determined by how large or small the coefficients are and whether they are positive or negative.

The concept of exponential trend arises when the appearance of a trend is nonlinear in levels but linear in logarithms. It is also referred to as the log-linear trend. This is a very common occurrence in the fields of business, finance, and economics where growth is roughly constant, as indicated by the economic variables.

In levels, this trend happens to an exponential, hence nonlinear, time function. However the same trend can be written as logarithms:

The exponential trend is similar to the quadratic trend in the sense that we can have a variety of patterns depending on whether the parameter values are big or small whether they have a positive or negative sign. Their rate of increase or decrease can either decline or increase. 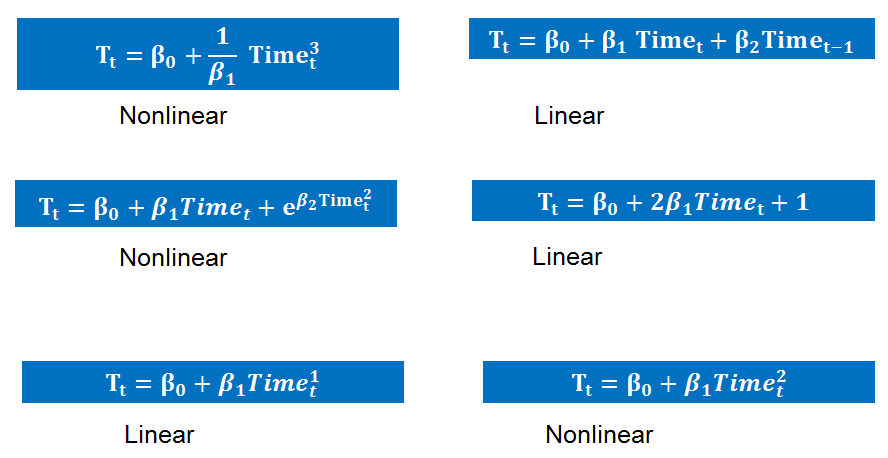 There are subtle differences between qualitative trend shapes of similar sorts despite the fact that quadratic and exponential trends achieving them. Certain series can have quadratic trends approximating their nonlinear trends quite well. Yet for others, it is the exponential trend offer a better approximation.

It is important that variables such as time and its square be created and stored in a computer prior to estimating trend models.

Least squares regression is used to fit some trend models to data on a time series \(y\). We compute the following using a computer:

The set of parameters to be estimated are given as \( \theta\).

For a linear trend, we have that:

For a quadrative trend the computer determines:

An exponential trend can be estimated in two ways. The first approach involves proceeding directly from the exponential representation and let the computer determine:

In the second approach, log \(y\) is regressed on an intercept and \(TIME\). The computer therefore determines:

Point forecasts construction should be our first consideration. Assuming that currently, we are at time \(T\), and the \(h\)-step-ahead value of a series \(y\) should be forecasted by the use of a trend model. Consider the following linear model that holds for any time \(t\):

It is important to note that the subscript \({ T+h,T }\) informs us that the forecast is for time \(T+h\), and is made at time \(T\). This point forecast can be made practically operational by applying the least squares estimates rather than then unknown parameters. This will result in:

Applying the Akaike and Schwarz Criteria to Select Forecasting Models

For the number of degrees of freedom applied in the model estimation, the differences among the criteria amount to different penalties. All the criteria have a negative orientation since they are all effectively out-of-sample mean square prediction errors.

\(T\) denotes the sample size and:

Addition of more variables to a model does not cause in-sample \(MSE\) to rise, but on the contrary, it will fall continuously. In the fitting of polynomial trend models, the degree of the polynomial, say \(p\), is related to the number of variables in the model:

This results in overfitting and data mining whereby as more variables are included in a forecasting model, it’s out of sample forecasting performance may or may not improve. However, the model’s fit on historical data will be improved.

The \(MSE\) is a biased estimator of out-of-sample 1-step-ahead prediction error variance, and increasing the number of variables included in the model increases the size of the bias.

Earlier on, we had stated that:

When more variables are included in a regression, there will be a rise in the degrees of freedom penalty. The \(MSE\) should be penalized to reflect the applied degrees of freedom, as this will enable us to obtain an accurate estimate of the one-step-ahead out-of-sample prediction variance.

The Akaike information criteria (\(AIC\)) and the Schwarz Information Criteria (\(SIC\)) are some of the very crucial such criteria. Their formulas are:

\( \frac { k }{ T } \) is the number of estimated parameters per sample observation, and all parameter factors are functions of it.

A trend model has the following characteristics:

Let’s define the “corrected MSE” as the MSE that is penalized for degrees of freedom used.

Compute the (i) the mean squared error (MSE), (ii) the corrected MSE, and (iii) the standard error of the regression (SER).

The Building Blocks of Risk Management

After completing this reading, you should be able to: Identify and explain the... Read More

Anatomy of the Great Financial Crisis ...

After completing this reading, you should be able to: Describe the historical background... Read More

After completing this reading, you should be able to: Construct an appropriate null... Read More