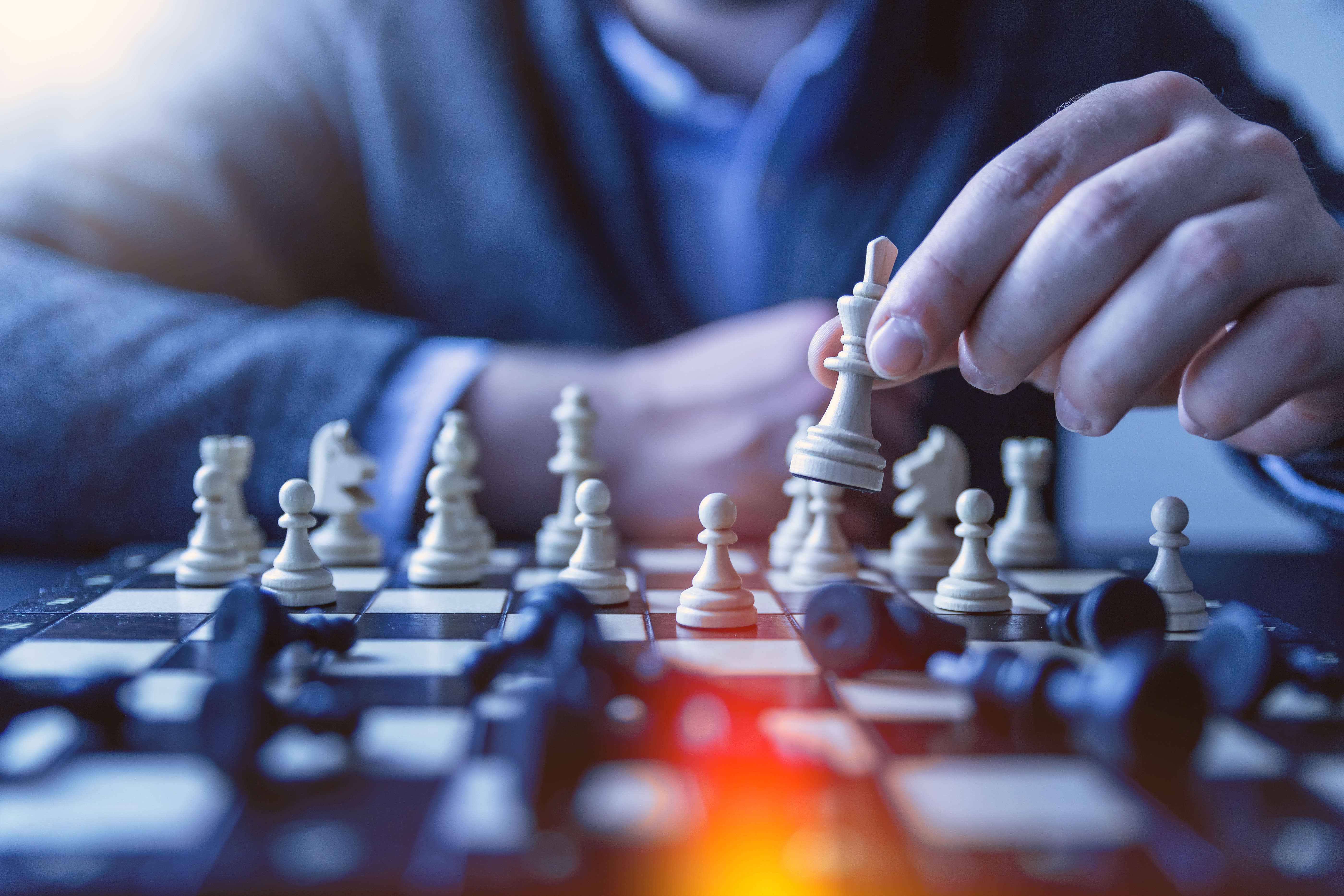 The Credit Transfer Markets and Their Implications

In this chapter, we look at the flaws in the securitization of subprime mortgages before the 2007 financial meltdown. The techniques used in credit risk mitigation will also be discussed, and we look at the impact of these techniques on bank credit function. Furthermore, the originate-to-distribute (OTD) model of credit risk transfer will also be studied, along with the two methods a bank credit portfolio can be managed. A description of credit derivatives’ distinct types and structures, including CDSs, first-to-default puts, TRSs, CLNs, and their application will also be included in this chapter. The process of credit risk securitization will be explained and typical CLOs and CDO structures will be described.

The Failures Securitization of Subprime Mortgages

Through securitization, loans and other assets can be repackaged into securities that investors can purchase. Investors purchased credit risks, in the form of cash flows that at a particular point time would have been retained by banks on their own books, along with their associated cash flows.

A lot of gains were offered, by the shift toward the originate-to-distribute (OTD) model of business, to the financial industries for a long time as portfolio optimization was facilitated via management of risk through hedging and diversification.

The period after the global financial meltdown witnessed the accumulation of risks due to the progressive weakening of the OTD model benefits. This weakening could be attributed to the reduction of loan originator incentives so that the borrower’s creditworthiness could be monitored, with not enough safeguards to offset the impact of the said reduction.

Ease of trading and hedging credit risk is due to the growth in the CDS market and other similar credit index markets, hence the perceived liquidity of credit instruments. The failure by banks to follow the OTD business model greatly contributed to the financial crisis despite the fact that securitization processes that were marred with flaws and the rating agencies’ failures were crucial factors.

The concentration of risks, supposed to be dispersed under a classic OTD model, in entities set up to bypass regulatory capital requirements also led to the weakening of the OTD models. Through vehicles like asset-backed commercial papers (ABCPs) and structured investment vehicles (SIVs), banks were able to move assets off their balance sheets thus leading to securitization failures.

The falling of the capital charges led to the mounting of risks. Through rolling over short-term debts in the asset-backed commercial paper markets, small equity amounts backed conduits and SIVs’ funding was enabled as highly risk-averse money market funds were used for their purchase. Here are a few examples of what happened during the 2007-2009 crisis:

The following issues need to be addressed:

Reasons why Credit Transfer is Revolutionary – If Implemented Accurately

Through a mutual agreement between transacting parties, traditional risk mitigation techniques adopted by banks over the years reduced risks despite their lack of flexibility. Furthermore, separation of credit risk from underlying positions, to be distributed among a broader class of investors and financial institutions, was not there.

To counter these challenges, credit derivatives like CDSs were created as they allow the credit risk of the reference asset to be transferred from one party to another party (called the guarantor) without the sale of the asset.

However, this gave rise to some risks; hence, it is crucial for counterparties to understand that the contract is enforceable and which amount and nature of risk the derivative contract will transfer.

The price discovery of credit can be contributed by credit derivatives with proper execution in a market that is robust and transparent. An equivalent price discovery function is also performed by traditional corporate bond markets even though the bending together of interest rates and credit risk by corporate bonds is enabled by its definition.

A bank credit portfolio can be managed by the team tasked to accomplish this function mainly in two ways:

To achieve this, the following strategies are applicable:

Through client negotiations, a bank can traditionally manage an exit form of a loan, as it is crucial to apply both traditional and modern tools for the risk/return profile of the model to be optimized.

A direct sale of the loan to another institution in the secondary loan market is another good portfolio management technique.

Securitization and credit derivatives can also be applied for credit risk to be transferred to other investors and financial institutions.

These are over-the-counter financial contracts with payoffs that are contingent on credit performance changes or a specified entity’s credit quality. Examples include: CDSs, spread options, and credit-linked notes.

The move in the CDS market, specifically, has been quite transparent as contracts are becoming standardized and electronic platforms most often used. Nevertheless, in comparison to other investment markets, the CDS market is still relatively opaque.

Furthermore, some few large banks still dominate the CDS market, hence the persistent threats about the collapse of a major market participant and its impact on the CDS and wider financial markets. There has also been a tendency for collateralization to increase despite the considerable variation from market to market in terms of both adequacy and variation. Currently, the CDS-protected risks are largely limited to investment-grade names.

Similar to any other flexible financial instrument, credit derivatives can be put to many purposes. In the right quantity and with proper pricing, these tools can be quite effective provided that counterparty credit risk is not ignored.

Cheaper investment ways are offered by credit derivatives, even with a direct access to high-yield markets for institutional investors.

Another application of credit derivatives is the exploitation of inconsistent pricing between the loan and the bond market for the same issuer. Also, advantage taken of any particular view that an investor may have concerning the pricing of corporate credit spreads should be exploited.

To avoid any litigation in the contract’s settlement, the definition of the event in the contract should be clear due to the fact that the payment may be triggered by the event. Even though setting the payment at par less the rate of recovery is the common practice, the payment made as a result of a credit event that is legitimate is at times fixed by the agreement.

Naturally, by taking offsetting positions, pricing differences are arbitraged between the underlying referenced bonds and the CDS. Bonds issued by corporations or sovereigns have single-name CDSs as hedges for natural credit risks.

The returns on some underlying instruments are mirrored by total return swaps (TRSs), with benefits similar to those of CDSs, only that in a TRS, the transfer of both market and credit risk happen from the seller to the buyer. TRSs application ranges to all security types.

In the underlying asset for the purchaser, a synthetic long position resembles a TRS in that any degree of leverage is allowed and hence unlimited upside and downside potential are offered, with no principal exchange, no legal change of ownership, and no rights of voting are involved.

CLNs are credit obligations with a coupon and redemption tied to a bond or loan’s performance or the performance of a government debt. A consistent rating can be obtained by some CLNs from rating agencies, with an investment-grade rating.

A CLN, as opposed to a TRS, is an asset that is tangible and may be leveraged by a multiple of 10. Investors are offered limited downsides and unlimited upsides by CLNs as no margin calls are available.

When a bank receives a loan portfolio’s total return, a natural hedge can be to turn the CLN into a TRS. Different variations on the same theme can be proposed.

An introduction to securitization basics is offered in this chapter and some key themes on reformation and revitalization of the securitization market reforms.

In this technique, the issuance of securities is arranged by a company, commonly referred to as the originator, with the basis of the securities’ cash flows being a segregated pool of assets’ revenues.

The assets’ origin is the originator(s), whose balance sheet funds the said assets. Notes of varying seniorities and risk profiles are created by the tranching process. The senior-most tranches are the safest, in comparison to the average asset in the underlying pool, because they have a protection against the risk of default until the more junior tranches are depleted by credit losses.

The issuance of structured securities has witnessed a dramatic expansion due to risk being repackaged and safer assets created from collaterals that were otherwise risky.

By allowing cash flows from a pool of loans/bonds rated as below investment grade to be prioritized and pooled together, a CLO/CBO becomes a potentially efficient framework of securitization. This allows some of the resulting securities to be rated as investment grade.

Active management of the loan’s portfolio is required by the maturity gap between loans and the CLO structure. A bank issuing a CLO will most of the time retain a risky first-loss equity tranche.

During the subprime crisis, many triple-A rated CDO tranches were downgraded, and re-remics were a byproduct of the crisis. The re-remics consisted of re-securitizing senior mortgage-backed securities (MBS) tranches downgraded from their initial triple-A rating.

Other CDOs consist of single-tranche CDOs and synthetic CDOs.

In Europe, an iTraxx Investment Grade Index comprising of 125 equally-weighted European names exists. The iTraxx Crossover index is comprised of the 40 most liquid sub-investment-grade European names.

The tranching of CDX and iTraxx, similar to CDOs, has losses absorbed by each tranche in an order of priority. The nature of respective geographic markets influences these tranches.

Two components, namely the upfront payment and the fixed coupon, make up the quotation of each tranche. An equivalent spread then converts these quotes.

To meet hedge funds’ demands, and proprietary trading desks seeking credit volatility trades, options can be traded on the iTraxx.

Securitization for Trading Purposes Only

Credit-linked investments were shunned by investors after the 2007-2009 financial crises. Due to a lack of confidence in the financial markets, funding became a huge challenge for banks. Different funding vehicles types were used as there was a halt in securitization with credit risk transfer.

The following are such frameworks the banks used for funding:

These are balance sheet cash flow CLO transactions having only two tranches. The tranches are:

1) Securitization involves the repackaging of loans and other assets into securities that can then be sold to investors. Which statement describes what went wrong with the securitization of subprime mortgages?

All the statements above describe the problem and underlying weakness that contributes to the crisis in the securitization of subprime.