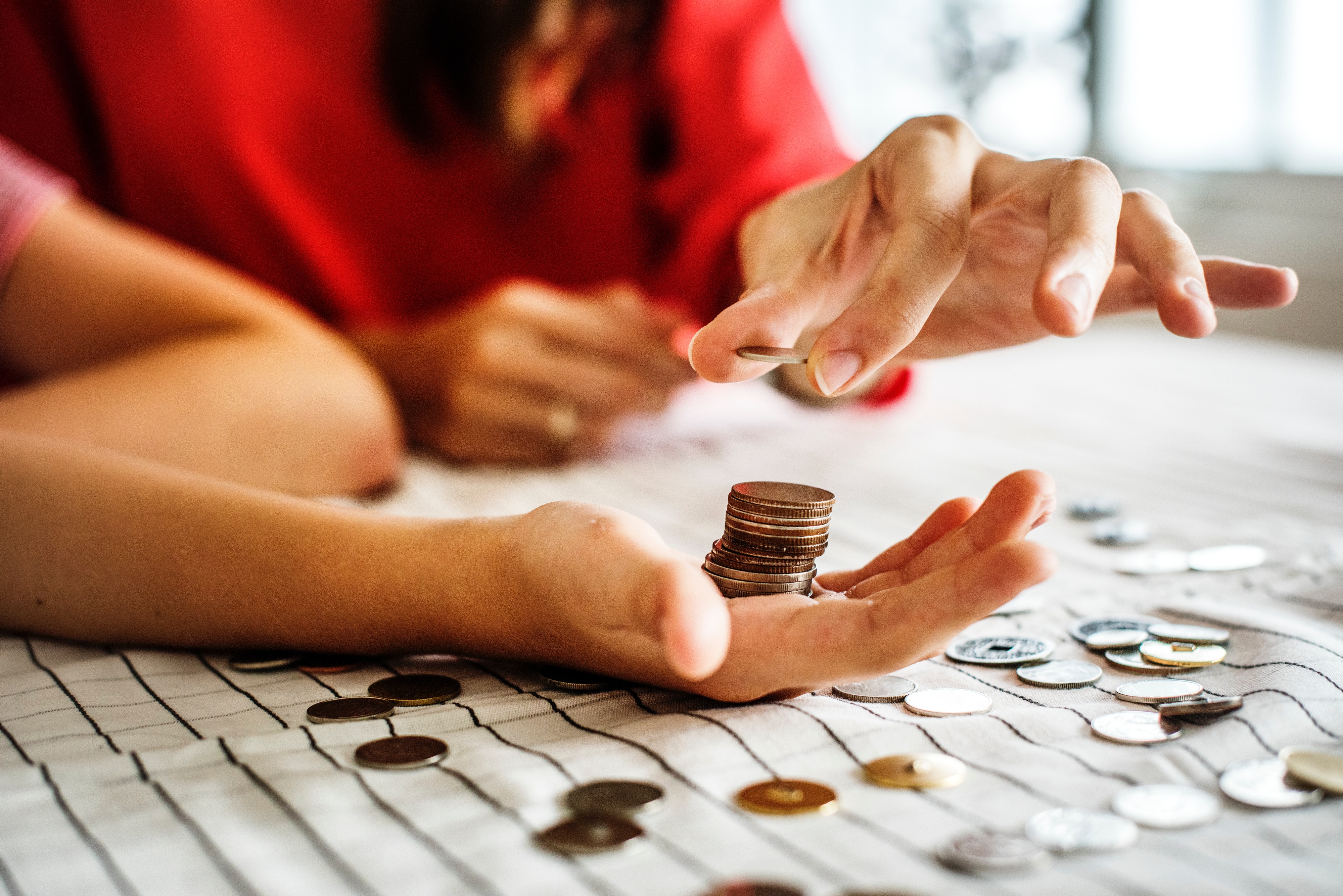 Default Remoteness and “Too Big to Fail”

Counterparty risks are essentially negligible as the default probability is given by the concept of a default-remote entity. The popular “too big to fail” notion is associated with this default-remote concept. Due to its correlation with other risks, the reluctance may be commonplace in assessing counterparty risk. The formal term used to refer to these counterparties is Systemically Important Financial Institutions (SIFIs). A hazardous issue has been witnessed by banks trading with SIFIs based on the belief that implicit governments and central bank support have been offered to them. Based on contemporary ratings, default remoteness has been a weakness to financial markets whereby due to flaw ratings, triple-A ratings have been offered to some “too big to fail” counterparties.

This happens to be a typically created legal entity purposely for the isolation from contemporary risk by a party and is also called Special Purpose Entity (SPE). However, ownership of SPVs by the entity on whose behalf it is being set up may be limited by jurisdictions. Counterparty risks are transferred by SPVs to legal risks whereby, depending on the jurisdiction, assets of the SPVs are consolidated by a court with those of the originator. However, as illustrated by the SPV concept, it is also risky to mitigate counterparty risk with the legal risks creation mechanisms.

As opposed to SPVs, DPCs are capitalized separately to obtain triple-A credit ratings and are set up by one or more financial institutions. By protecting against the failure of the of the DPC parent, external counterparties are provided by its structures with a degree of protection against counterparty risk. Through an amalgam of capital, collateral, and activity restrictions, a DPC can maintain its triple-A credit rating but is dependent on:

An orderly workout definition by DPCs also gives further security all the while being a very good credit quality. However, the danger posed by relying on credit ratings as a credit quality measure poses a danger. Also, DPCs triple-A ratings possesses little credibility just like SPVs, since the faced counterparty was DPC parent with a worse credit rating.

Using the triple-A ratings, monoline insurance companies can provide financial guarantees. This mainly applies to US municipal bond issues that enable borrowers having triple-A credit ratings to sell these bonds to investors at attractive levels. The monolines also sell CDS protections as a way of diversifying spread risks and often have better returns. There exists a similarity between monolines and DPC structures in that in both instances, the capital requirement is dynamically related to the portfolio of assets they insure. Out of monolines and DPCs is born a new concept of Credit Derivative Product Companies (CDPCs) through the extension of the DPC model to credit derivative products. It is, however, special in that it is created to invest in credit derivative products on a leverage basis. A difference is notable between DPC and CDPC in that the former is a bankruptcy-remote subsidiary of an institution while the latter is created with an aim of making profit from selling credit derivative protections. CDPCs also have significant market risks due to the lack of offsetting abilities, unlike DPCs. The similarity between monolines and CDPC is that both act as high credit quality counterparts, but only as sellers of credit protection. Monolines and CDPCs were, however, deemed stable in the market until the global financial crisis that hit in 2007.

The 2007-2009 global financial crisis raised questions on the A-rating status granted to monolines as it emerged that they had insufficient capital to justify these ratings. They experienced MTM losses on the insurance they had sold. It also emerged that monolines had controversial clauses which would see any rating below A-ratings force them to post collateral which in they could not meet. Although CDPCs, just like monolines, are highly leveraged and could not post collateral, they performed better during the financial crisis mainly because they were not operational prior to the crisis and started operating in July 2007; hence, they missed the first wave of the crisis.

It is argued that monolines and CDPCs’ business model was fatally flawed in that as much as they offer systemic shock absorbers to counterparty risk, this kind of risk is taken care of through diversification by the said companies they insure. The failure of monolines and AIG, a deemed “too big to fail” insurance company, are important as they give a lesson to prospects like CCPs not to venture into similar roles like counterparty risk mitigation and systemic risk concentration as this would guarantee failure.

An important lesson from the analysis of monolines, CDPCs, DPCs, and SPVs is that overreliance on default-remote entities as a major counterparty is a poor way to mitigate counterparty risk. As much as it may seem that CCPs are receiving much support from regulators, they have their own complexities and risks.

During the global financial crisis of 2007-2009 came the collapse of monoline insurers, Lehman Brothers, and Icelandic Bank. Thereafter, counterparty risk in OTC derivative, especially in credit derivatives, was identified as the major risk to the financial system as a whole. It also raised operational and legal issues related to collateral management. However, the CCP concept seems to offer a solution to these problems by guaranteeing counterparty risk and providing a platform where collateral and default management issues are handled.

The bilateral OTC derivative market has the biggest challenge of close-out process in the event of default due to the legal processes involved. However, CCPs seem to offer a solution by enforcing close-out rules and ensuring continuity thereby reducing systemic rules. This was clearly evident in the aftermath of the Lehman Brothers bankruptcy. CCPs thus seem to be more coordinated than bilateral markets.

Clearing is the process that occurs after execution of a trade in which a CCP may come in between counterparties to guarantee performance.

OTC CCPs come in directly or indirectly between counterparties and assumes their obligations and rights by acting as a buyer to every seller and vice versa. CCPs relocates default losses by the use of methods like netting, collateralization, and loss mutualization with an aim to reduce systemic and counterparty risks. One advantage of CCPs is that they allow the netting of all trades executed through them. A second advantage is that CCPs also manage collateral requirement from their members to reduce the risk of movement in the value of the underlying portfolios. CCPs introduce a new perspective which isn’t seen in bilateral market, i.e., loss mutualization, where one counterparty’s losses are spread across all clearing members as opposed to being spread on a small number of counterparties which would lead to adverse potential consequences. CCPs also facilitate orderly close-outs by auctioning the defaulter’s contractual obligations. It also enables the orderly transfer of clients’ positions from financially distressed members to other members.

Some banks and most end users of OTC derivatives access CCPs as a clearing member and will not become members themselves because of membership, operational, and liquidity requirements related to being a clearing member. CCPs make the failure of a counterparty less dramatic regardless of its size by acting as shock absorbers. Once a default occurs in one of its counterparties, a CCP terminates all financial relationships with other counterparties to ensure losses are not further experienced. The position of the defaulter is then auctioned to other counterparties to allow for continuity among the surviving members.

A CCP brings into perspective a set of rules and operational arrangements that are designed to allocate, manage, and reduce counterparty risks in bilateral markets. It thus changes the topology of financial markets by posing between buyers and sellers.

However, the CCP landscape is complex and ignores the following aspects:

Being at the center of the financial markets, it would be dangerous to operate without risk mitigation strategies. It could be catastrophic to imagine a CCP collapse. Therefore, the most obvious strategy is by use of collateral that CCPs require to cover the market risks of the trades they clear.

In the cases where the initial margin and the defaulted fund contribution prove insufficient and/or the auction fails, the CCP has other financial resources to cover the losses. These financial resources are derived from the ‘defaulter pays’ approach as discussed below.

Collateral requirements are also put in place by CCPs to reduce losses in the event of default. This may be in form of cash or liquid assets such as Treasury bonds.

CCPs apply the ‘defaulter pays’ approach where the clearing member pays all necessary funds to stand for potential default. This, however, is impractical. From this approach, the financial contribution by each member is to cover the losses in the event of default. In scenarios where the initial margin and the default fund contributions have been exhausted by the CCP, further losses may be taken from some contributions in what is known as the ‘skin in the game’, but at this point, the CCP would still operate normally.

They also have full authority over all the calculations and ensure that members can adhere to the operational requirement of posting collateral and that they guarantee to post on behalf of clients if necessary.

Only standardized, un-exotic, and liquid products can be cleared.

In CCP markets, capital charges are relatively moderate and relate to trade levels and default fund exposure whereas, in bilateral markets, the participants are exposed to default risk.

In central clearing, there is a centralized auction in a default scenario while a bilateral market auction is unusually uncoordinated.

Advantages and Disadvantages of CCPs

There exist CCP-specific capital charges that reflect the fact that CCPs are not risk-free and the contribution to the default funds can create losses without the CCPs failing.

What Central Clearing Means For xVA

Central clearing of OTC derivatives is aimed squarely at reducing counterparty risk by the risk management practices of the CCP, in particular with respect to collateral they require. This implies that CVA and associated capital charges would no longer be a problem when clearing a CCP. However, two issues arise from the above view:

1) Which of the following are advantages of central counterparties?

Default management, liquidity, loss mutualization, offsetting, and legal and operational efficiency are all advantages of CCPs.

Disadvantages of CCPs include moral hazard (counterparties have a limited ability to monitor each other’s credit quality), adverse selection(counterparties pass the more risky products to the CCP), bifurcations (mismatch between cleared and non-cleared trades), and procyclicality(the positive dependence with the state of the economy).