One of the assumptions underpinning multiple regression is that regression errors are homoscedastic. In other words, the variance of the error terms is equal for all observations:

In reality, the variance of errors differs across observations. This is known as heteroskedasticity. 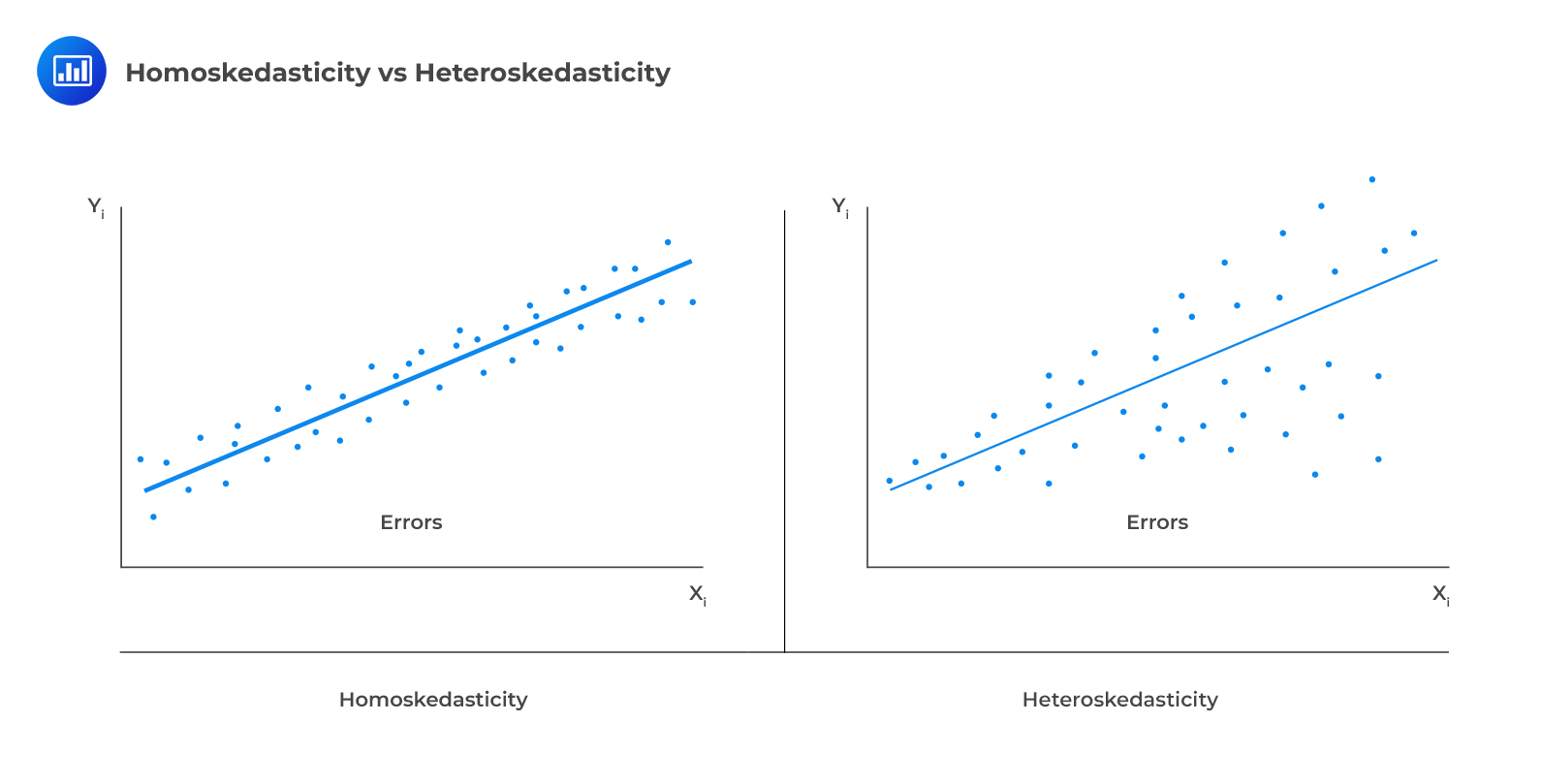 Unconditional heteroskedasticity occurs when the heteroskedasticity is uncorrelated with the values of the independent variables. Although this is a violation of the homoscedasticity assumption, it does not present major problems to statistical inference.

Conditional heteroskedasticity occurs when the error variance is related/conditional on the values of the independent variables. It poses significant problems for statistical inference. Fortunately, many statistical software packages can diagnose and correct this error.

i. It does not affect the consistency of the regression parameter estimators.

The test statistic is given by:

This test statistic is a chi-square random variable with k degrees of freedom.

The null hypothesis is that there is no conditional heteroskedasticity, i.e., the squared error term is uncorrelated with the independent variables. The Breusch-pagan test is a one-tailed test as we should be mainly concerned with heteroskedasticity for large values of the test statistic.

Consider the multiple regression of the price of the USDX on the inflation rates and the real interest rates. The investor regresses the squared residuals from the original regression on the independent variables. The new \(R^{2}\) is 0.1874. Test for the presence of heteroskedasticity at the 5% significance level.

The one-tailed critical value for a chi-square distribution with two degrees of freedom at the 5% significance level is 5.991.

Autocorrelation occurs when the assumption that regression errors are uncorrelated across all observations is violated. In other words, autocorrelation is evident when errors in one period are correlated with errors in other periods. This is common with time-series data (which we will see in the next reading). 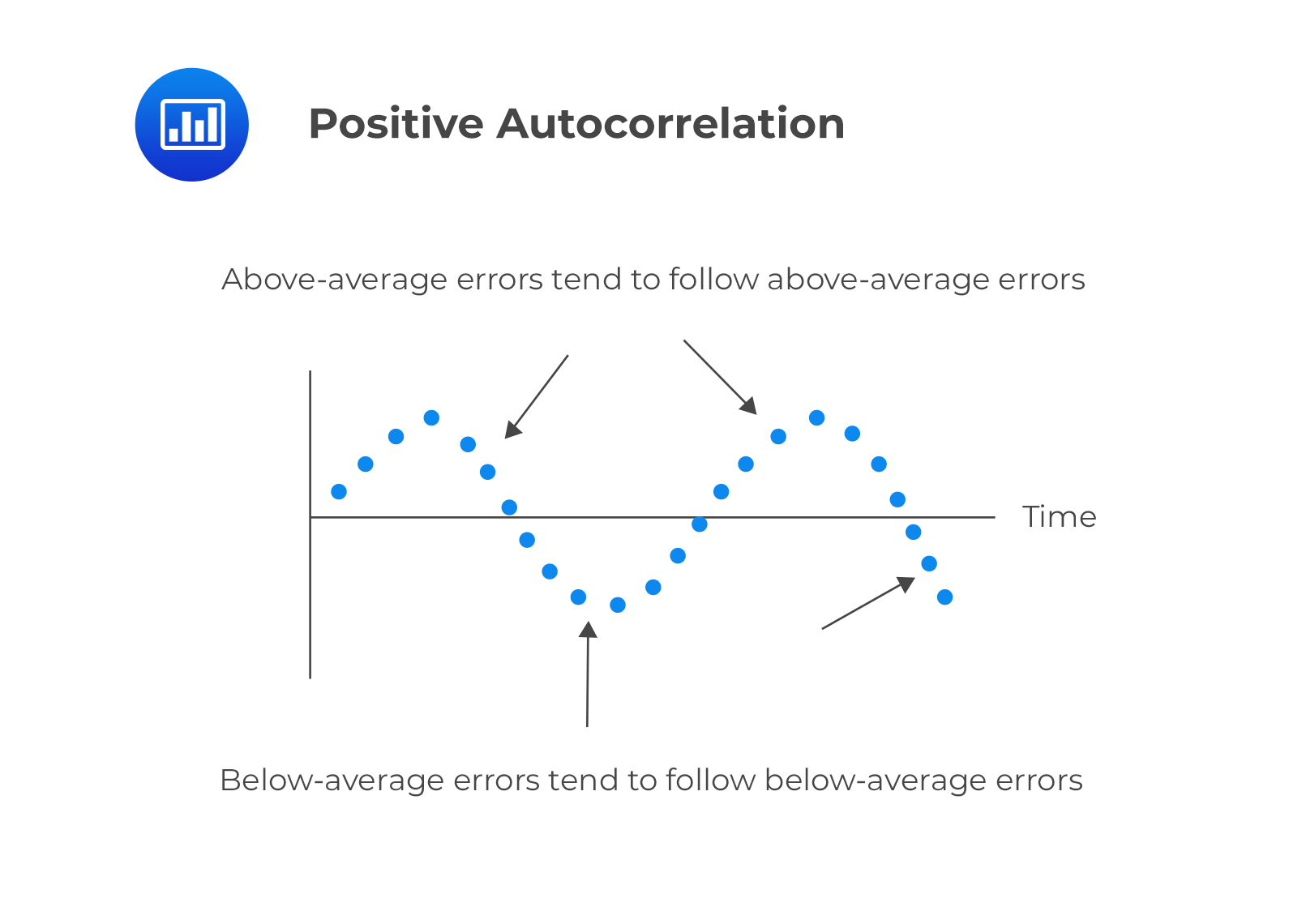 Autocorrelation does not cause bias in the coefficient estimates of the regression. However, a positive serial correlation inflates the F-statistic to test for the overall significance of the regression as the mean squared error (MSE) will tend to underestimate the population error variance. This increases Type I errors (the rejection of the null hypothesis when it is actually true). 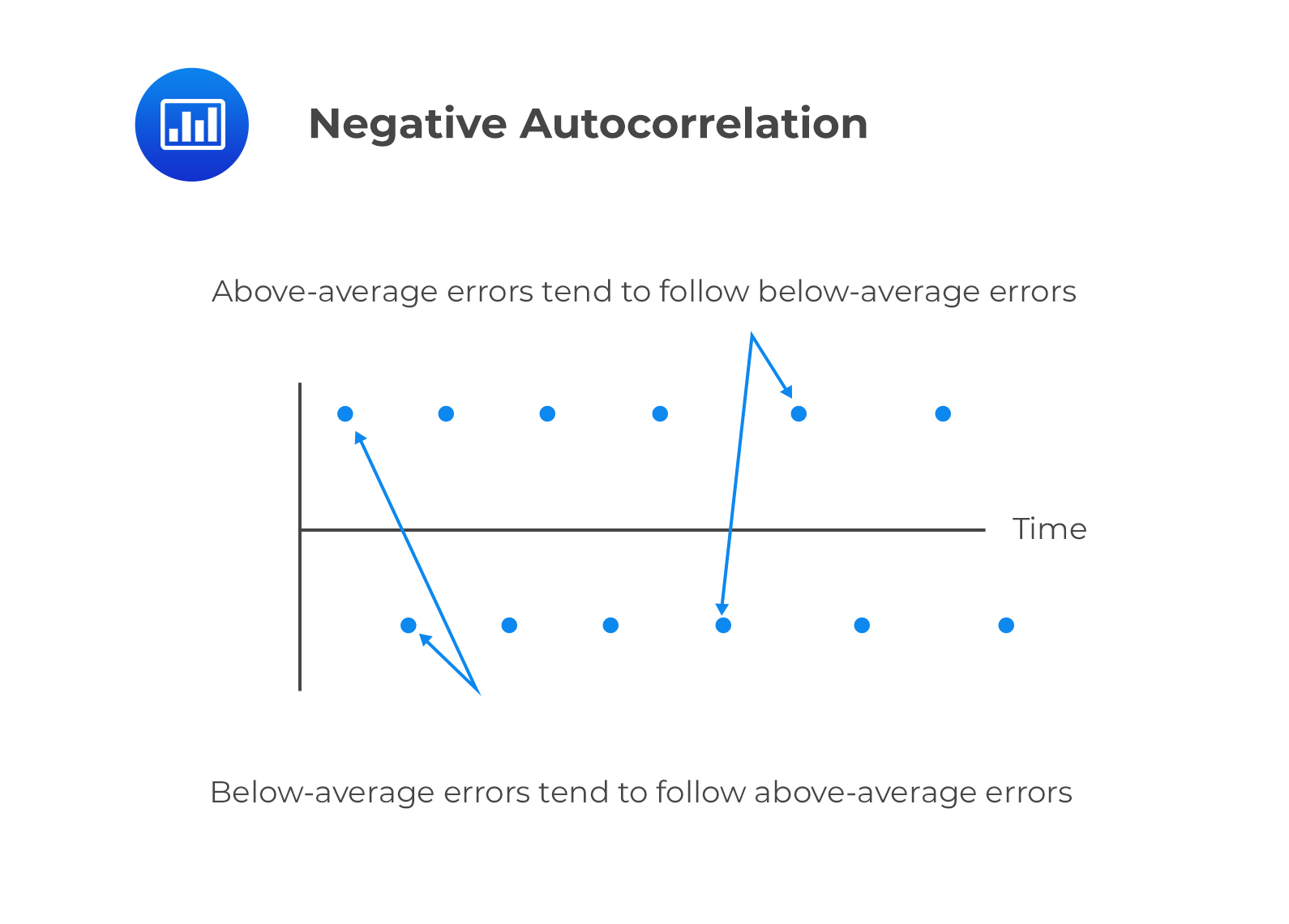 On the other hand, negative serial correlation overestimates standard errors and understates the F-statistics. This increases Type II errors (The acceptance of the null hypothesis when it is actually false).

The first step of testing for serial correlation is by plotting the residuals against time. The other most common formal test is the Durbin-Watson test.

The Durbin-Watson Statistic (DW) is approximated by:

i.  If there is no autocorrelation, the regression errors will be uncorrelated, and thus DW = 2.

The null hypothesis of no positive autocorrelation is rejected if the Durbin–Watson statistic is below a critical value, \(d^{*}\), where \(d^{*}\) lies between an upper value \(d_{u}\) and a lower value \(d_{l}\) or outside of these values.

This is illustrated below. 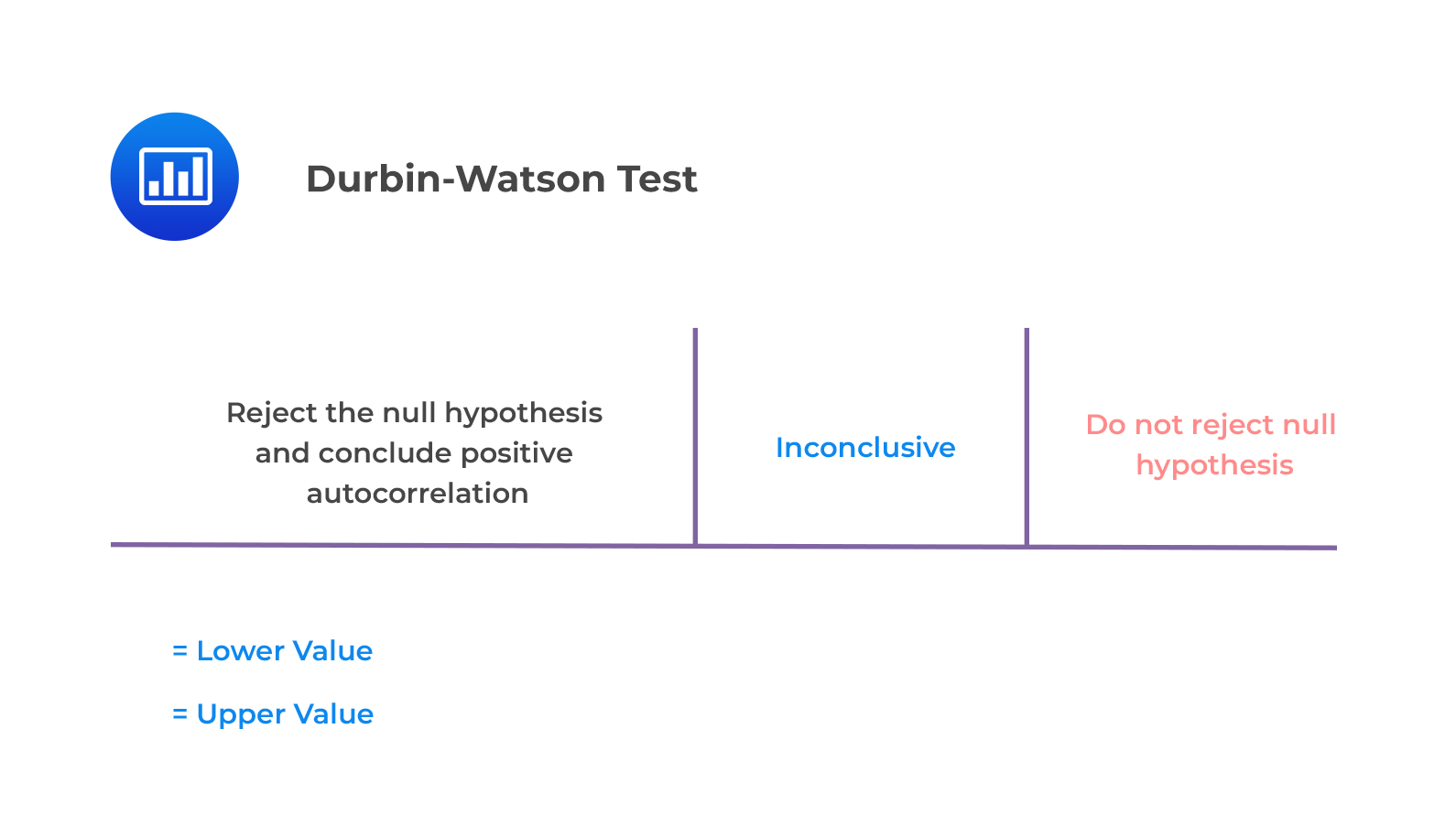 Consider a regression output that includes two independent variables that generate a DW statistic of 0.654. Assume that the sample size is 15. Test for serial correlation of the error terms at the 5% significance level.

We can correct serial correlation by:

ii. Modifying the regression equation to eliminate the serial correlation.

Consider a regression model with 80 observations and two independent variables. Suppose that the correlation between the error term and a first lagged value of the error term is 0.15. The most appropriate decision is:

A. Reject the null hypothesis of positive serial correlation.

B. Fail to reject the null hypothesis of positive serial correlation.

C. Declare that the test results are inconclusive.

Because \(1.64>1.59\), we fail to reject the null hypothesis of positive serial correlation.

Risk measures differ among market participants mainly because of the following factors: The... Read More

Leverage in an International Setting

The general business environment may differ from one country to another, and these... Read More

Components of a Company’s Defined Pe ...

The periodic pension cost of a company’s defined benefit plan is the change... Read More