The linear relation between the dependent and independent variables is described as follows:

The intercept, \(\beta_0\) and the slope coefficient, b1, are known as the regression coefficients. 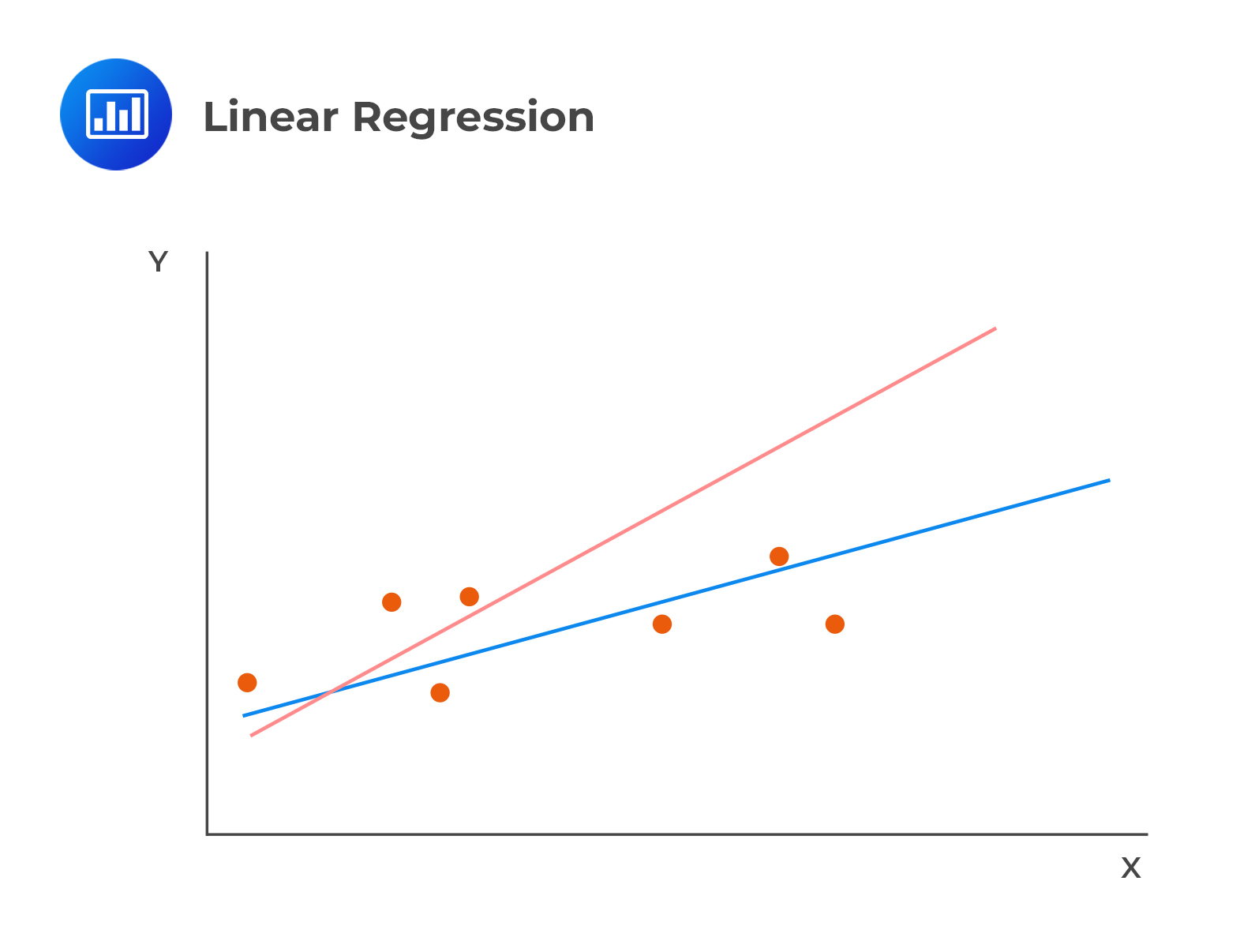 The intercept can, as such, be expressed as:

Arth Shah is using regression analysis to forecast inflation based on unemployment data from 2011 to 2020. Shah has computed the following values.

We can calculate and interpret the slope coefficient and the intercept term for the regression analysis as follows:

Given the value of the slope coefficient, (-0.90405\(\sim\) -0.9), we can say that inflation rates decrease (increase) by 0.90 units whenever unemployment rates increase (decrease) by one unit.

A regression model with one independent variable requires several assumptions for valid conclusions. Which of the following statements most likely violates those assumptions?

Linear regression assumes that the independent variable, X, is NOT random. This ensures that the model produces the correct estimates of the regression coefficients.

B is incorrect. The assumption that the error term is distributed normally allows us to easily test a particular hypothesis about a linear regression model.

Sampling error is the statistical error that occurs when an analyst selects a... Read More

Significance of a Test in the Context ...

Type I error occurs when we reject a true null hypothesis. Type I... Read More

Coefficient of Determination and F-sta ...

Measures of dispersion are used to describe the variability or spread in a... Read More