The following is a simple linear regression equation:

Below is an illustration of a simple linear regression model. 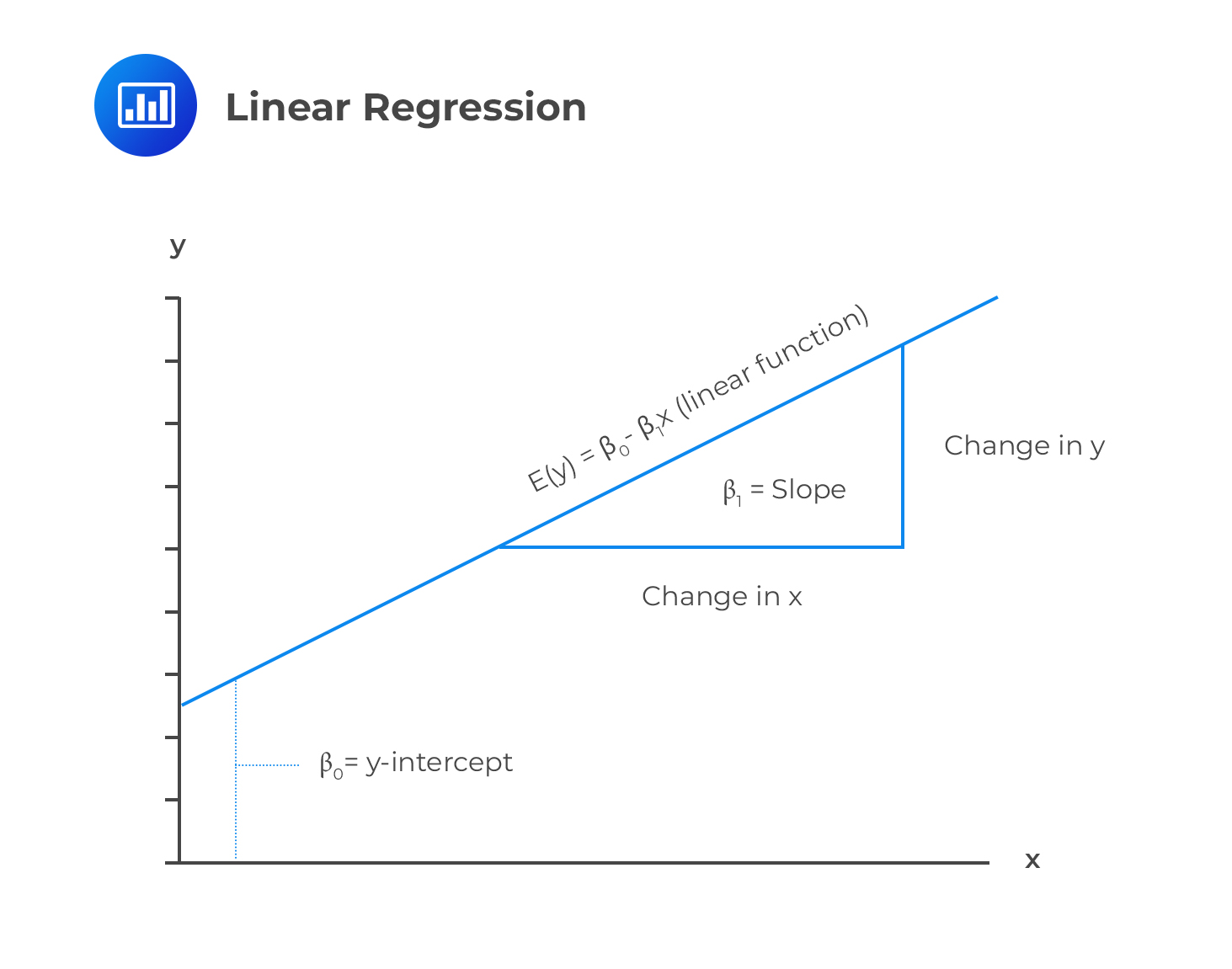 Arth Shah is using regression analysis to forecast inflation given unemployment data from 2011 to 2020.

A scatter plot of the inflation rates against unemployment rates from 2011 to 2020 is shown in the following figure. 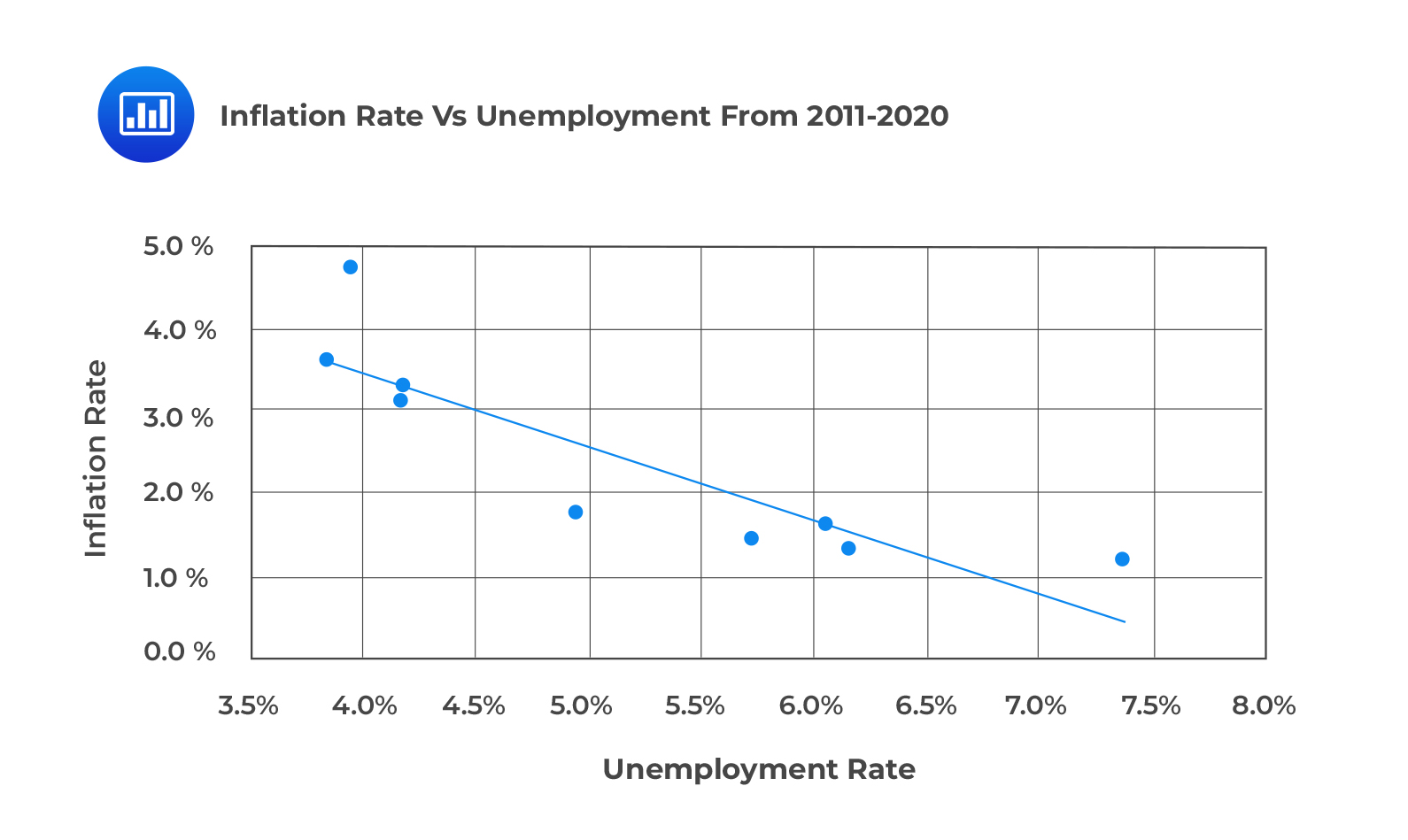 What variable is the dependent variable?

Inflation is the dependent variable: It is the variable predicted using the unemployment rates.

The independent variable in a regression model is most likely the:

Kurtosis refers to measuring the degree to which a given distribution is more... Read More

The sum of squares of a regression model is usually represented in the... Read More

When trying to estimate downside risk (i.e., returns below the mean), we can... Read More