The classic normal linear regression model assumptions are as follows:

A linear relationship implies that the change in Y due to a one unit change in X is constant, regardless of the value taken by X. If the relationship between the two is not linear, the regression model will not capture the trend accurattely, a situation that will result in inaccurate predictions. The model will be biased and either underestimate or overestimate Y at various points. For example, the model \(Y = \beta_{0}+\beta_{1}e^{\beta_{1}x}\) is non linear in \(β_{1}\), and therefore we should not attempt to fit a linear model between X and Y. 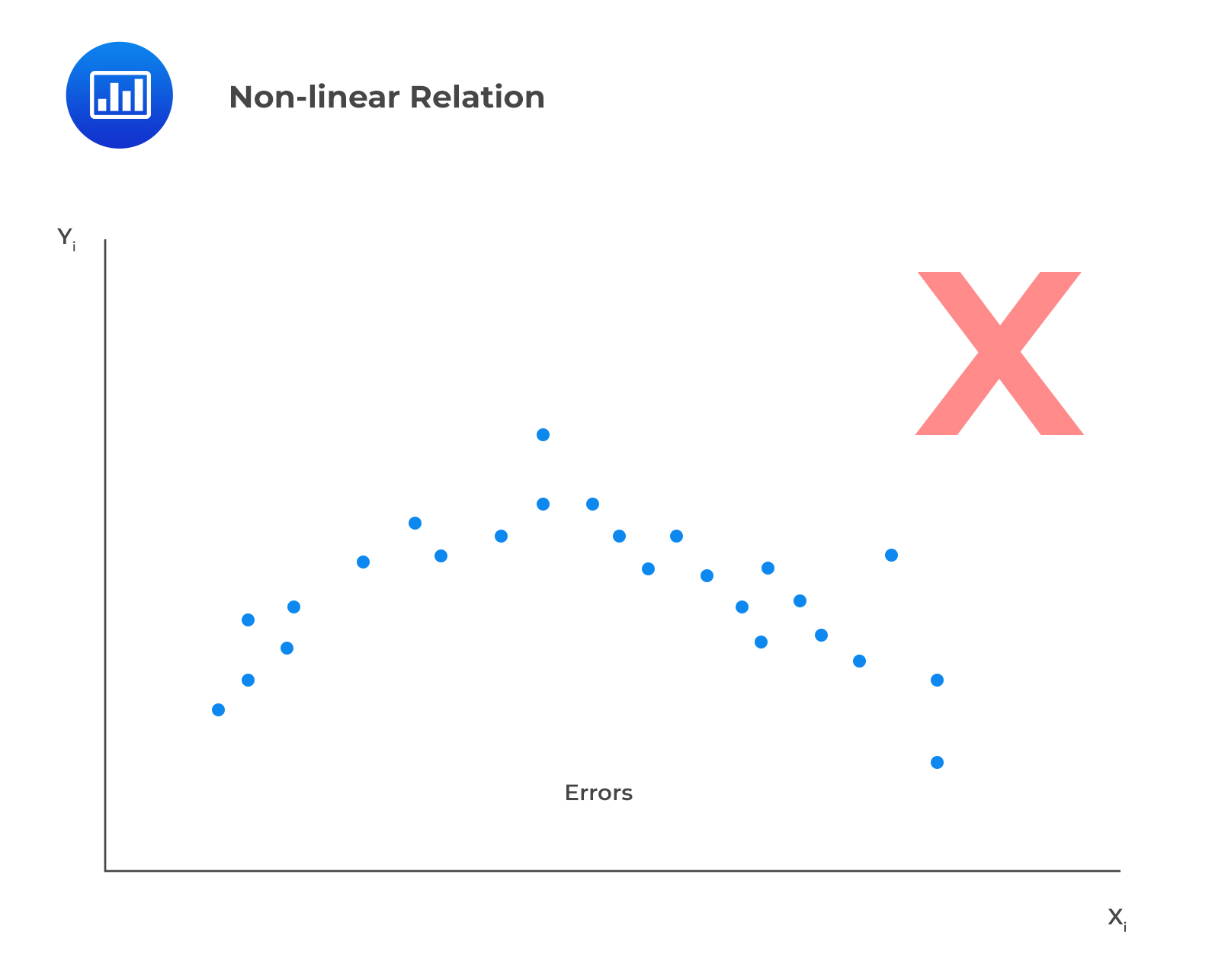 II. The expectation of the error terms is zero.

III. The error terms (residuals) must be normally distributed.

A histogram of the residuals can be used to detect if the error term is normally distributed. A symmetric bell-shaped histogram indicates that the normality assumption is likely to be true.

IV. The variance of the error terms is constant across all observations.

This assumption is also known as the homoskedasticity assumption. 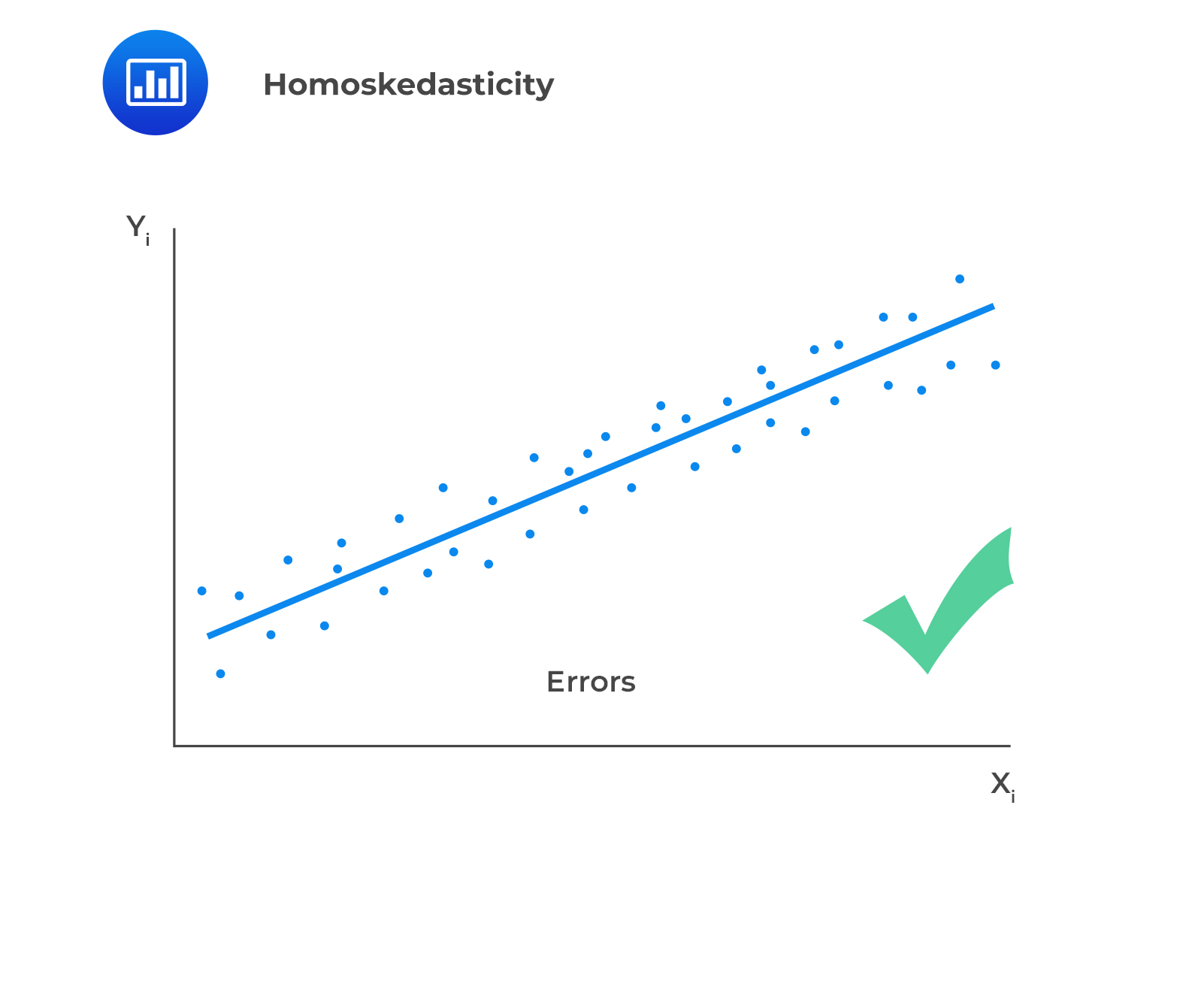 In case residuals and the predicted values increase simultaneously, then such a situation is known as heteroscedasticity (or heteroskedasticity). 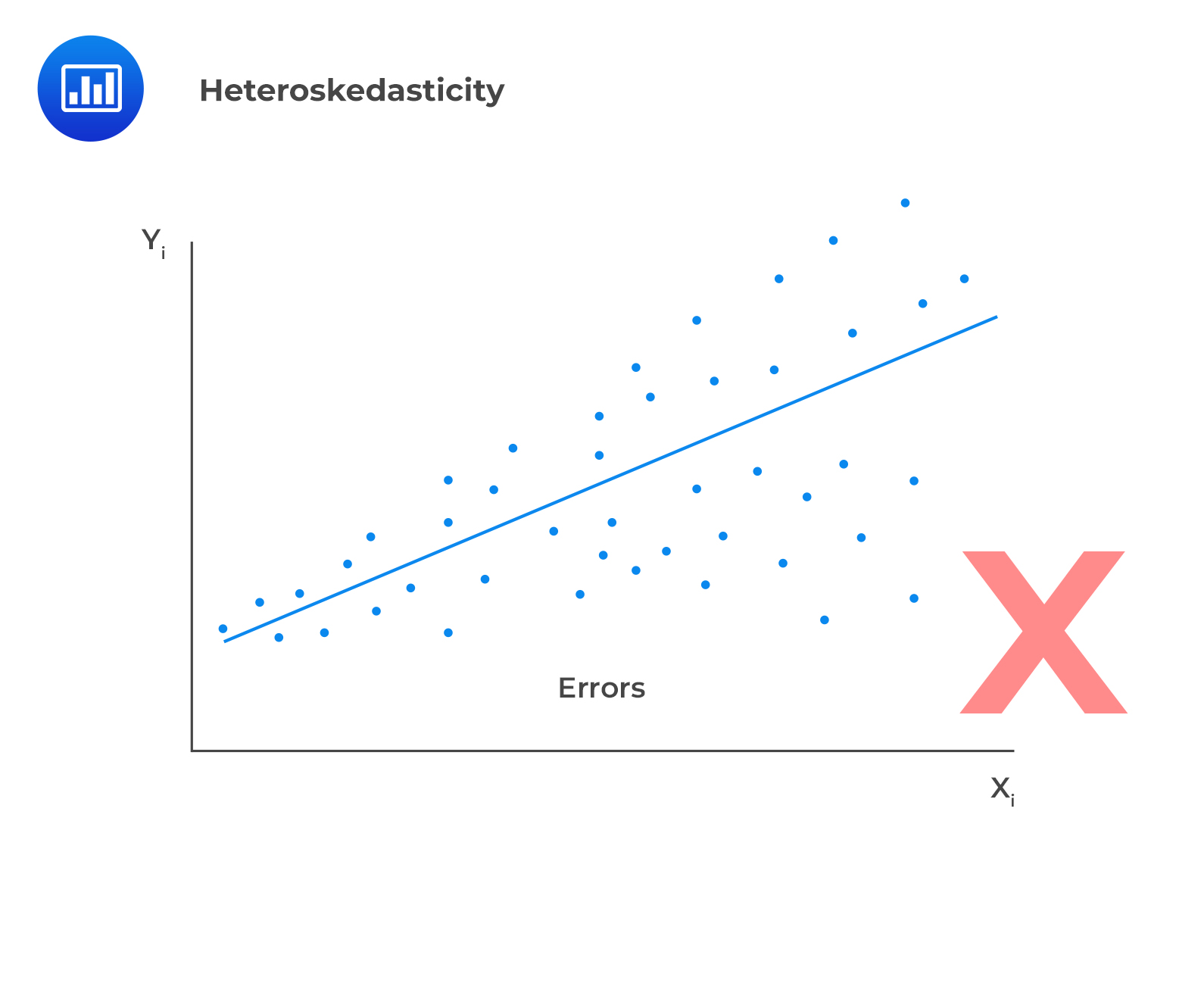 To test for heteroscedasticity, one ought to plot the least square residuals against the independent variable. If there is an evident pattern in the plot, then that is a manifestation of heteroskedasticity.

V. The error terms, \(\epsilon\), must be uncorrelated across all observations.

To verify this assumption,  one should use a residual time series plot, which is a plot of residuals versus time. Fluctuating patterns around zero will indicate that the error term is dependent. 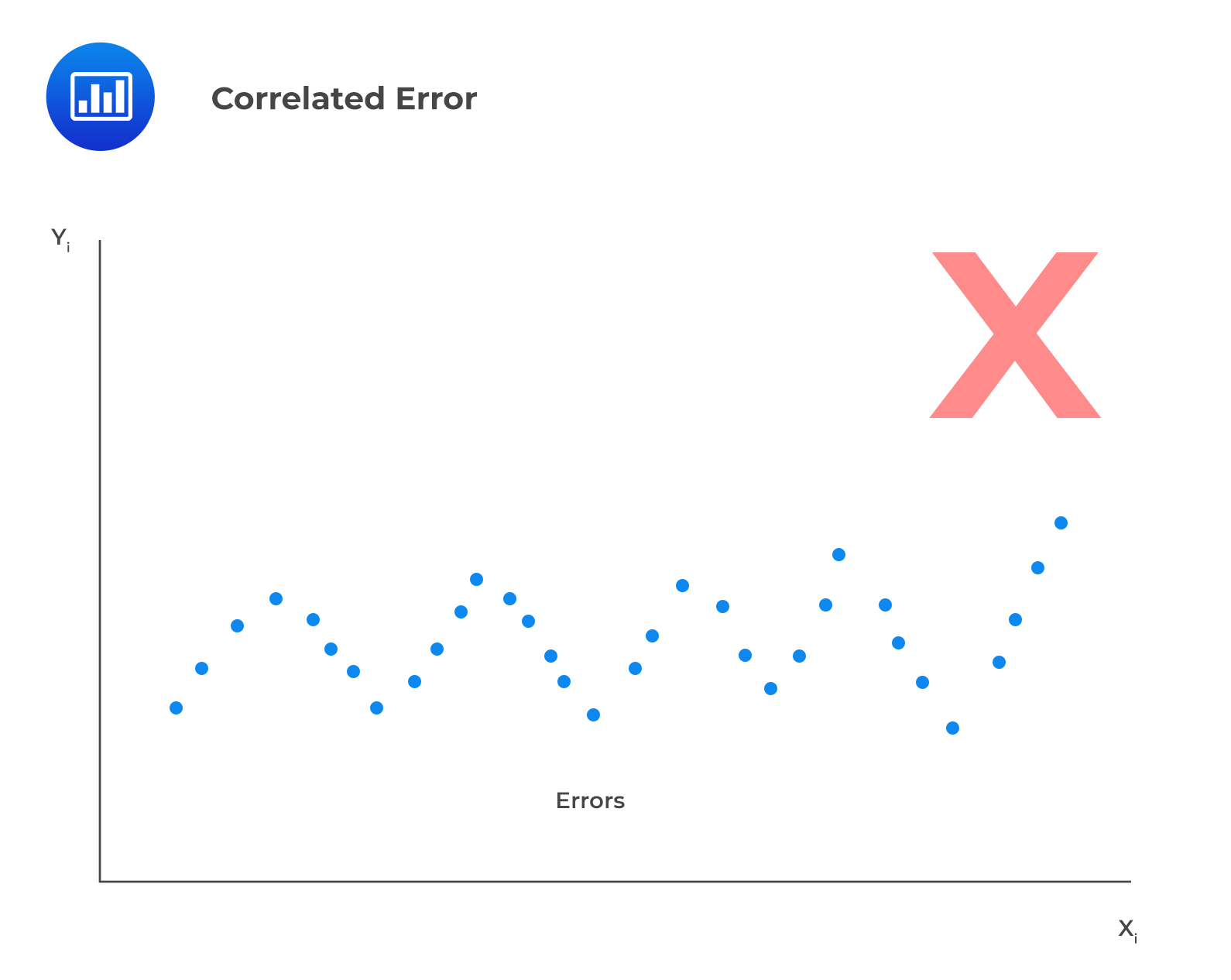 Coefficient of Determination and F-statistic

Arithmetic Mean Return Vs Geometric Me ...

Both arithmetic return and geometric return are methods commonly used to calculate the... Read More

Skewness refers to the degree of deviation from a symmetrical distribution, such as... Read More

Two or more events are independent if the occurrence of one event has... Read More