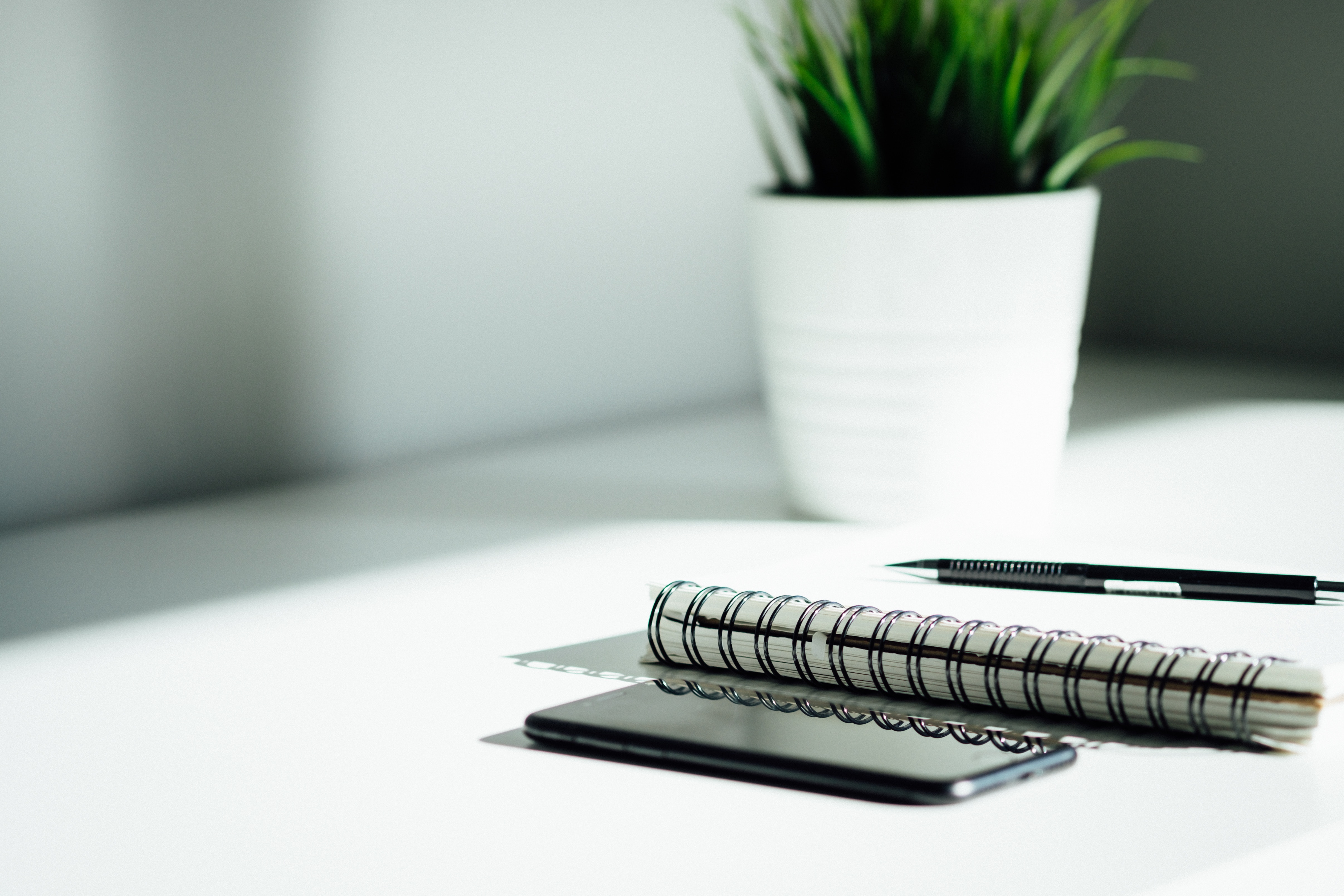 The Major Risks Faced by a Bank

This is the risk that borrowers will fail to meet their obligations in line with agreed terms.

To hedge against credit risk, a bank builds expected losses into the interest charged on loans. Assuming a bank’s cost of funds is 1.3%, the bank may charge 4.2% as the interest rate on loans. The difference (2.9%) is known as the net interest margin. If a bank predicts a loss of 1% of what it lends, the bank will remain with 1.9% to cover its other costs, for example, administration costs.

This is the risk of losses in a bank’s trading book due to exposures to market variables. These market variables are also called risk factors, and they include changes in stock prices, interest rates, foreign exchange rates, commodity prices, and credit spreads.

Banks can use any of the three options below to hedge against market risk:

This is the possibility of loss resulting from failed internal processes, systems, people, or external events.

The following are some of the categories of operational risk identified by regulators:

This describes the risk resulting from the lack of a ready market for an asset, which in turn raises the specter of being unable to meet day-to-day funding needs.

Reputational risk refers to the potential for adverse public perception, negative publicity, or uncontrollable events to have a negative impact on a company’s reputation, thereby affecting its revenue.

Banks need capital to fund their operations. Some of the capital is raised in the form of equity with the rest of it raised as debt.

Equity capital is sometimes referred to as going concern capital because it absorbs losses while the bank is a going concern. Providers of debt capital enjoy some protection because the bank has an obligation to meet contractual demands even when the bank is not doing well. Debt capital is therefore referred to as gone concern capital because holders only incur losses once the bank has been declared a failure or wound up.

To ensure that its activities proceed uninterrupted, a bank has to ensure that it maintains enough capital at all times. Although banks are allowed to use their internal models to estimate the amount of capital they need, regulators also have their capital requirements that must be met. This brings us to economic capital and regulatory capital.

Economic capital is a bank’s own capital estimate of the amount needed to remain solvent and maintain its day-to-day operations. One of the main motivations for calculating economic capital is to obtain and maintain a high credit rating. This way, the bank will stir up confidence among both depositors and investors.

Regulatory capital is the minimum amount of capital a bank is required to hold by the bank regulators. Regulatory capital for credit risk is designed to sufficiently cover a loss expected to be exceeded only once every 1000 years. Capital requirements have evolved in recent years and are now enforced more strictly than they were in the past. If a bank’s equity capital is USD 5 billion and there is a 1% chance that the bank will incur a loss higher than USD 5 billion over a year, both regulators and the bank itself will consider the equity capital insufficient.

Basel Committee Regulations for Regulatory Capital and Their Motivations

The Basel Committee was established in 1974. It is the primary global standard-setter for the prudential regulation of banks and provides a forum for banks and regulators worldwide to exchange ideas.

The motivations for Basel Committee regulations include:

Different capital requirements: Prior to 1988, capital calculation differed from country to country. This made cross-country comparisons and cross-country implementation of risk management tools impossible. In 1974, Basel regulations were introduced in an attempt to harmonize the calculation of capital across countries.

Evolution of bank activities: Initially, Basel regulations were designed to help banks cover losses arising from credit risk, particularly from defaults on loans and derivatives contracts. But with time, bank trading activities significantly increased, bringing about market risk. In response, the Basel committee in 1998 introduced modifications in the existing regulation, and banks were now required to keep capital for both credit and market risk. Later on, in 1999, operational risk was added into the portfolio of risks for which risk capital was required.

The 2007-2008 financial crisis: After several large banks went down during the crisis, the Basel committee pointed an accusing finger at the existing market risk capital requirements. The market risk capital framework was deemed insufficient. This led to yet another update of the regulations.

It’s important to note that Basel Committee regulations are always being reviewed to reflect the changing needs of the banking sector. In fact, some of the latest proposals in Basel III are not expected to have been implemented in full before 2027.

In a nutshell, here’s how different versions of the Basel Committee guidelines impacted the financial sector:

Basel I: All signatory countries pledged to calculate credit risk capital in the same manner.

The Link Between Deposit Insurance and Moral Hazard

When a bank becomes insolvent, depositors may end up losing a percentage of their money. However, in most developed countries, the government guarantees that if a bank fails, the bank’s depositors will be in line for compensation. This is known as deposit insurance. Usually, depositors are able to receive a percentage of their deposit subject to a predetermined upper limit. For example, the U.K. government provides deposit insurance to most banks up to a limit of £85,000.

Moral hazard describes the fact that by being insured, customers will take little or no interest at all in the way a bank handles their money. After all, the depositors are assured of getting their money back even if the bank fails. In turn, the bank may relax its lending standards and its general policy on how it uses customer deposits.

In the absence of deposit insurance, depositors would maintain a keen eye on the bank’s actions so that it does not engage in activities that may endanger their money. For instance, a depositor will be keen to scrutinize the loans being offered, the conditions required for credit, and the capital set aside to serve as a buffer against economic losses. However, in a system with deposit insurance, a lack of scrutiny means that banks are free to lend as much as they want to whomever they wish, besides investing in other income-generating assets of their choice.

Investment banking mainly deals with the raising of debt and equity financing for corporations or governments. A typical arrangement starts with a corporation approaching an investment bank with a request for help in raising a specified amount of money. The two entities then agree on the form of finance desired – debt or equity – and the investment bank underwrites the issue. This means that the bank agrees to approach investors and ask them to subscribe to the issue. The bank sells the securities to investors. For example, an IPO would involve the sale of shares to investors.

The arrangement to sell the securities can take one of several forms:

Apart from investment banking, banks engage in other income-generating activities. These include:

Before the IPO, the shares of the company do not trade on any official exchange, and so it is difficult to estimate just what the share price will be after the IPO. To get a good estimate of the share price, the company must divide the estimated value of the company after the IPO (including the money raised) by the total number of shares it wishes to create. Most banks typically set the offering price slightly below their best estimate to increase the chances of success for the offering. After an IPO, the share price typically increases. The indication is that the issuer could probably have raised even more money by setting a slightly higher offer price. However, too high an offer price, and possibly flawed investor expectations, can result in a drastic stock price fall.

IPOs are a good investment but unaffordable to small investors.

Potential Conflicts of Interest in Banking

In an attempt to avoid conflict of interest, some banks have Introduced formal information barriers where members of the investment banking division are barred from communicating directly with their research division counterparts. Some companies have gone as far as requiring any communication between the two divisions to happen only through the compliance department.

Historically, banks used to originate loans and then keep them on their balance until maturity. That was the originate-to-hold model. With time, however, banks gradually and increasingly began to distribute the loans by selling them as securities to investors. By so doing, the banks were able to limit the growth of their balance sheet by creating a somewhat autonomous investment vehicle to distribute the loans they originated.

Advantages of the Model:

Disadvantages of the Model

ABC Corp wishes to sell 10 million shares using a Dutch auction. The underwriter starts the auction by offering a price of $50 per share. The following bids are received:

Determine the price that will be paid by all the successful bidders.

Which of the following options best describes the link between deposit insurance and moral hazard?

A. The possibility of a surge in deposits at a bank due to increased trust and confidence among depositors

B. An increase in the deposit of funds with questionable sources, i.e., laundered cash

C. Relaxed lending standards at a bank in the knowledge that customers are well protected from incurring losses

D. Increased supervision and monitoring of banks resulting from pledges, by the government, to compensate depositors if the bank fails

Moral hazard describes the fact that by being insured, customers will take little or no interest at all in the way a bank handles their money. After all, the depositors are assured of getting their money back even if the bank fails. In turn, the bank may relax its lending standards and its general policy on how it uses customer deposits.

After completing this reading, you should be able to: Describe the various types,... Read More

Multifactor Models of Risk-Adjusted As ...

After completing this reading, you should be able to: Explain the arbitrage pricing... Read More

After completing this reading, you should be able to: Explain the distinctions between... Read More