The Basel framework is part of a raft of measures that have been introduced following high-impact financial crises in recent years. The overall goal is to strengthen the banking system and avoid systemic vulnerabilities.

The initial phase of the Basel III framework was announced in 2010. It focused on the following objectives:

The Standardized Approach to Credit Risk

Credit risk is undoubtedly the biggest source of risk for banks. As such, it contributes towards a significant part of regulatory capital requirements put in place. The committee’s improved standardized approach for credit risk seeks to:

Under the IRB approach, banks are allowed to use their internal rating systems conditional on approval by their supervisors. Banks can use:

The main motivation behind changes to the credit risk IRB approach is to introduce similar capital requirements that enhance comparability across banks and address lack of robustness in modeling certain asset classes.

Among the main changes include:

In the most recent global financial crisis (2007/2008), banks suffered huge losses resulting from CVA risk – losses related to the deterioration of a counterparty’s creditworthiness in derivative contracts. In the aftermath of the crisis, the committee enhanced the CVA framework. Objectives include:

The operational risk capital requirement can be summarised as follows:

We seek to now further define each term from the equation.

The Bl (Business Indicator) is the sum of three components: 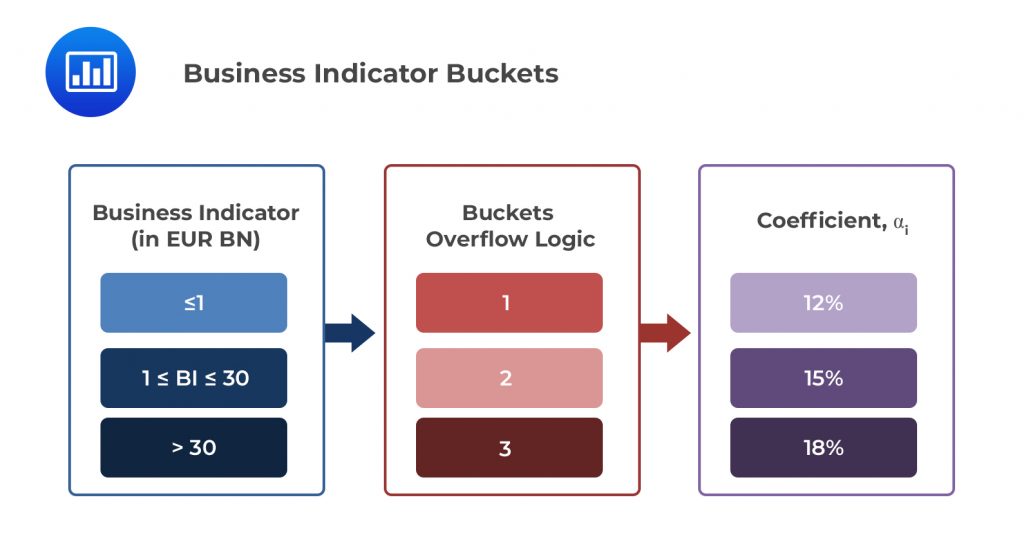 Example 1: Calculating the BIC of a Bank With a BI of €50bn.

The Internal Loss Multiplier is a function of the BIC and the Loss Component (LC), where the latter is equal to 15 times a bank’s average historical losses over the preceding 10 years. It is noteworthy that firms with less than 20 years of data must use a minimum of 5 years of data.

Capital distribution constraints are imposed on entities that do not meet the leverage ratio requirement.

The Basel III reforms set a floor in capital requirements calculated under internal models at 72.5% of those required under standardized approaches. Due to the potential impact of the floor, the 72.5% requirement is expected to be implemented in phases over a five-year period from 2020 to 2026.

When calculating the floor, banks will be expected to take the following risks into account:

Which of the following changes has been set forth by Basel III with reference to the changes in credit risk?

A. All of the above.

The correct answer is: D).

sindhushree reddy
Crisp and short ppt of Frm chapters and great explanation with examples.
Trustpilot rating score: 4.7 of 5, based on 61 reviews.
Next Post

Alpha (and the Low-risk Anatomy)

After completing this reading, you should be able to: Describe and evaluate the... Read More

> After completing this reading, you should be able to: Differentiate between sources... Read More