Consider the multiple regression of the price of USDX on inflation rates and real rates of interest:

The regression equation is interpreted as follows:

The intercept term of 81 implies that the price of USDX is $81 when both the inflation rate and real interest rate are 0.

A p-value below 0.05 indicates a significant result. The null hypothesis \(H_0\) should be rejected when the p-value \(< 0.05\). The following table illustrates two-tailed p-values, which is what we will be concentrating on throughout these readings (except for F-tests, which are one-sided tests). 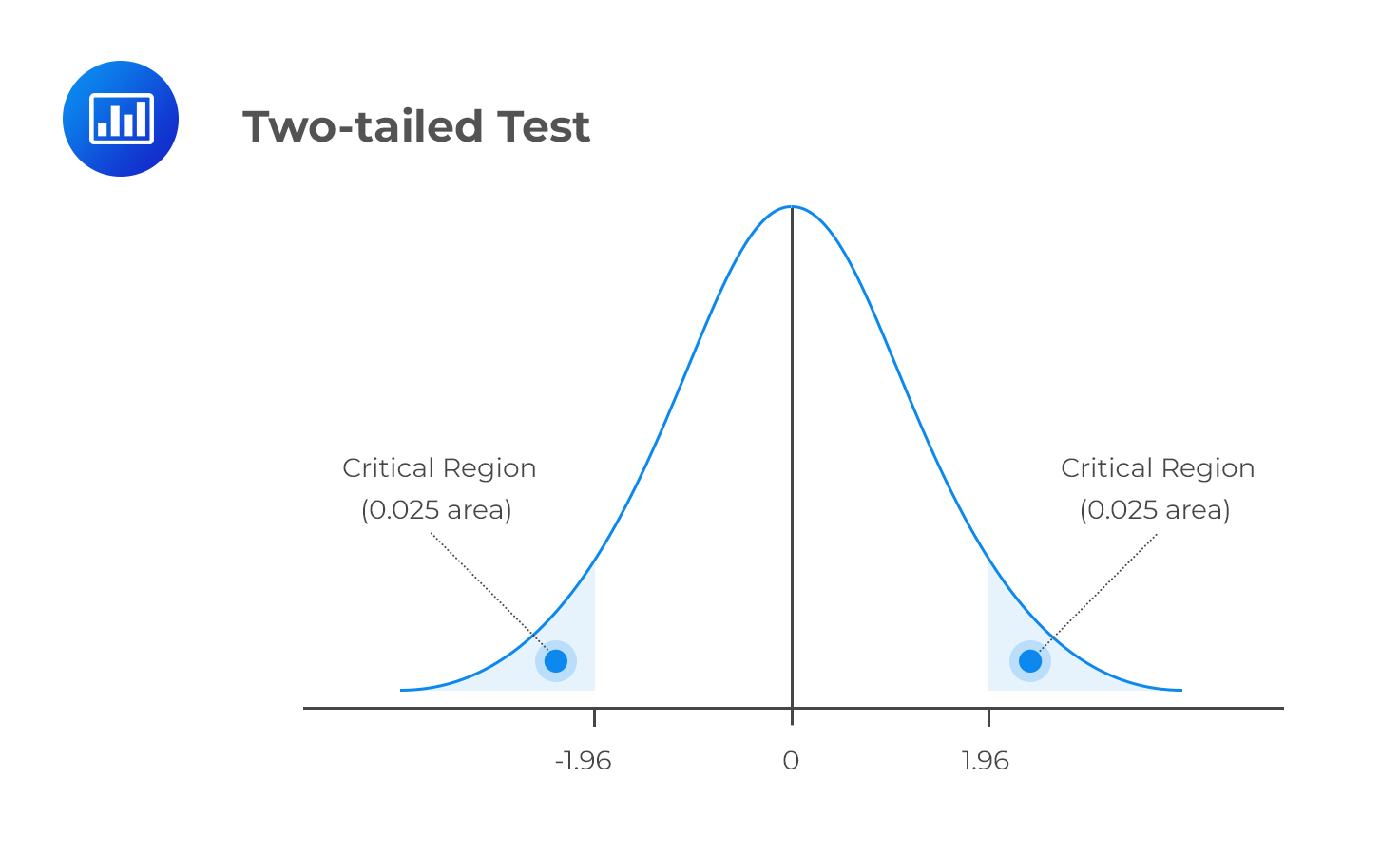 Consider the following multiple regression results of the price of USDX versus inflation rate and real interest rate.

The above results imply that the real interest rate is statistically significant at the 5% level. This is because the p-value, 0.0145, is less than 0.05.

On the other hand, real inflation rate is not significant. This can be seen be corroborated by the high standard error, low t-statistic, and relatively high p-value above 0.05.

Which of the independent variables is (are) most likely statistically significantly different from zero at the 5% significance level, assuming the sample size is 25?

B. Sales and profit margin.

LOS 2 (b) Interpret estimated regression coefficients and their p-value.

Interpreting the Results of Hypothesis Tests of Regression Coefficients

A time series is said to follow a random walk process if the... Read More

Private Equity Fund Structures Limited Partnerships This is the most common form of... Read More

Members and Candidates must deal fairly and objectively with all clients when providing... Read More

Assessing the Long-run Fair Values of ...

The parity conditions are useful in the assessment of the fair value of... Read More