The probability density function for this type of distribution is:

\(X \sim U (a,b)\) is the most commonly used shorthand notation read as “the random variable \(x\) has a continuous uniform distribution with parameters \(α\) and \(β\).”

The total probability is spread uniformly between the two limits. Intervals of the same length have the same probability. 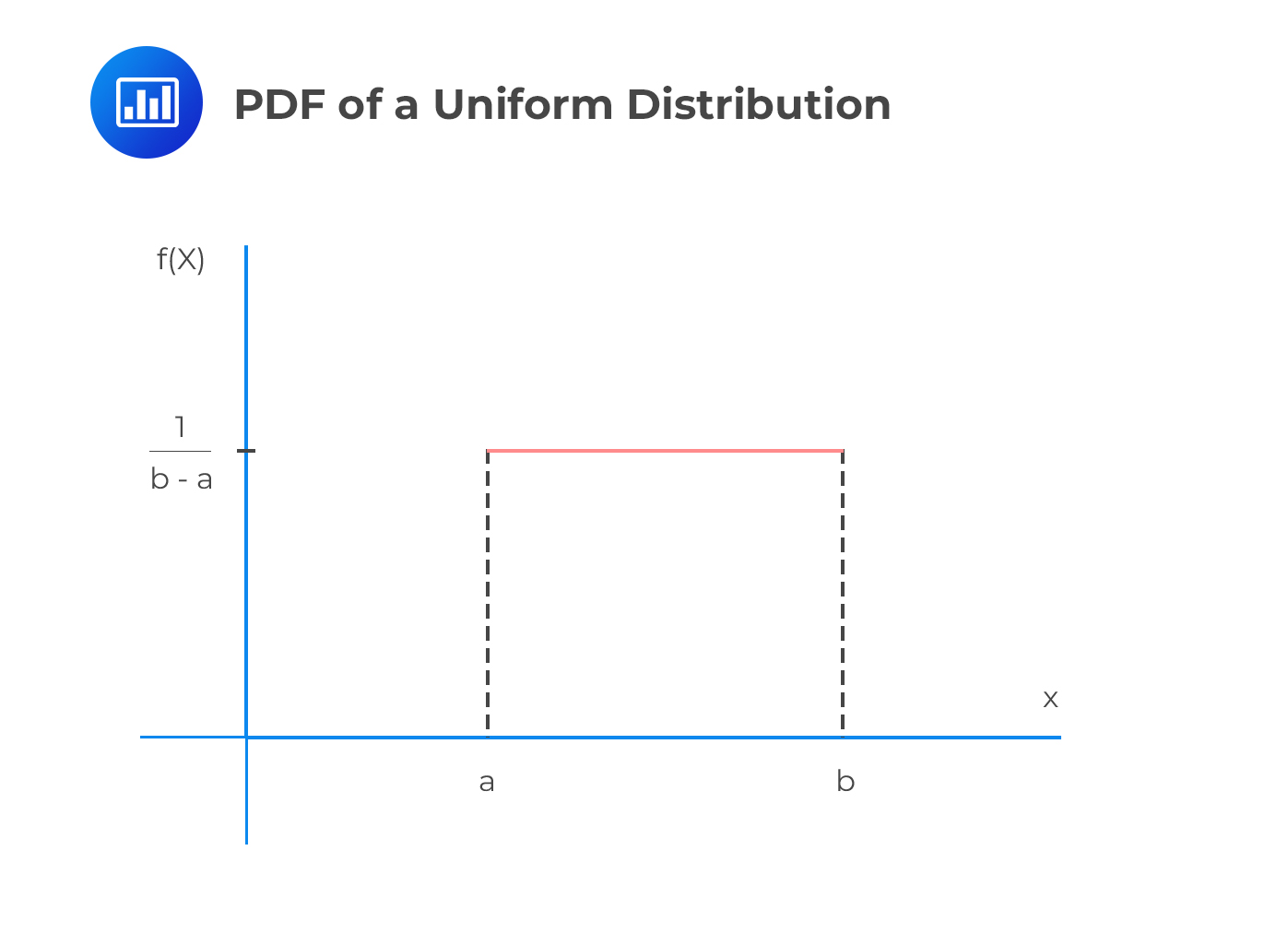 And the probability that the random variable will have a value between \(x_1\) and \(x_2\) is given as follows:

The mean and variance of continuous uniform distribution is given below:

The probability density function is given by:

Remember that a cumulative distribution function, \(F(x)\), gives the probability that the random variable \(X\) is less than or equal to \(x\), for every \(x\) value. It is usually expressed as:

The cumulative distribution function of the continuous uniform distribution increases linearly from \(α\) to \(β\).

The CDF is linear over the variable’s range and it is given by:

First, you should determine the pdf:

Kurtosis refers to the measurement of the degree to which a given distribution... Read More