Economists believe that business cycles and fluctuations in levels of GDP are a result of a shift in the aggregate demand or supply curve.

The business cycle (economic expansions and contractions) is mainly caused by changes in the short-run value of GDP. During expansion periods, real GDP is increasing, resulting in a lower unemployment rate, and higher capacity utilization (the extent to which an enterprise or a nation uses its installed productive capacity).

During contractions, the value of real GDP decreases, resulting in higher unemployment, hence reducing the capacity utilization. Cyclical changes in real GDP and price levels are caused by fluctuations in the aggregate demand and aggregate supply in the following ways:

A recessionary gap occurs if the aggregate demand curve intersects the SRAS curve at a short-run equilibrium level below potential GDP. Due to a decrease in aggregate demand, the economy goes into a recession and results in corporate profits, commodity prices, interest rates, and the demand for credit declining.

Looking at the graph below, when the aggregate demand (AD) decreases, the equilibrium moves from point A to point B, the real GDP drops from Y2 to Y1 and price from P1 to P2. The recession is measured between Y1 and Y2 which is the amount by which the real GDP is below GDP. 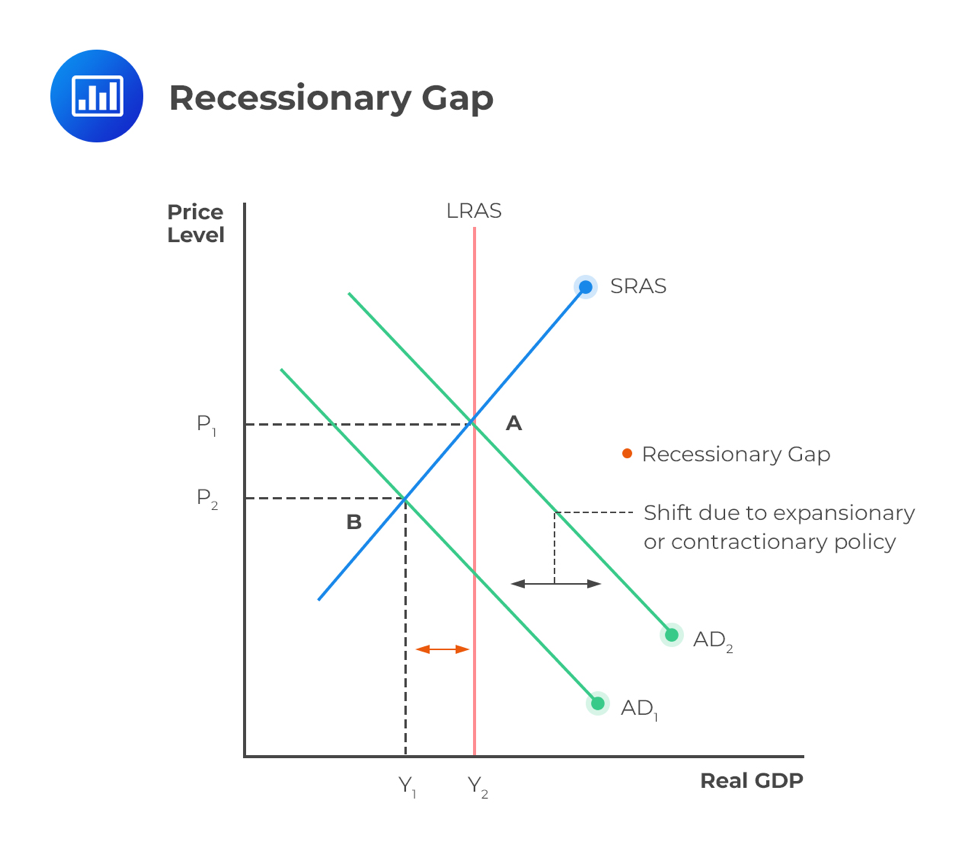 Studying the graph below, when AD increases, the equilibrium shifts from A to B, real output increases from YF to Y1 and the prices rises from P1 to P2. The increase in price increases demands, increasing workforce and production. Hence, the unemployment rate declines. When the potential GDP is reached, firms are now required to pay higher wages and other input costs to further widen the production power. Therefore, the economy faces the inflationary gap which is given by the difference between YF and Y1. Thus, the inflationary gap occurs when the short-run level of the economy is above the potential GDP, which results in upward pressure on prices. 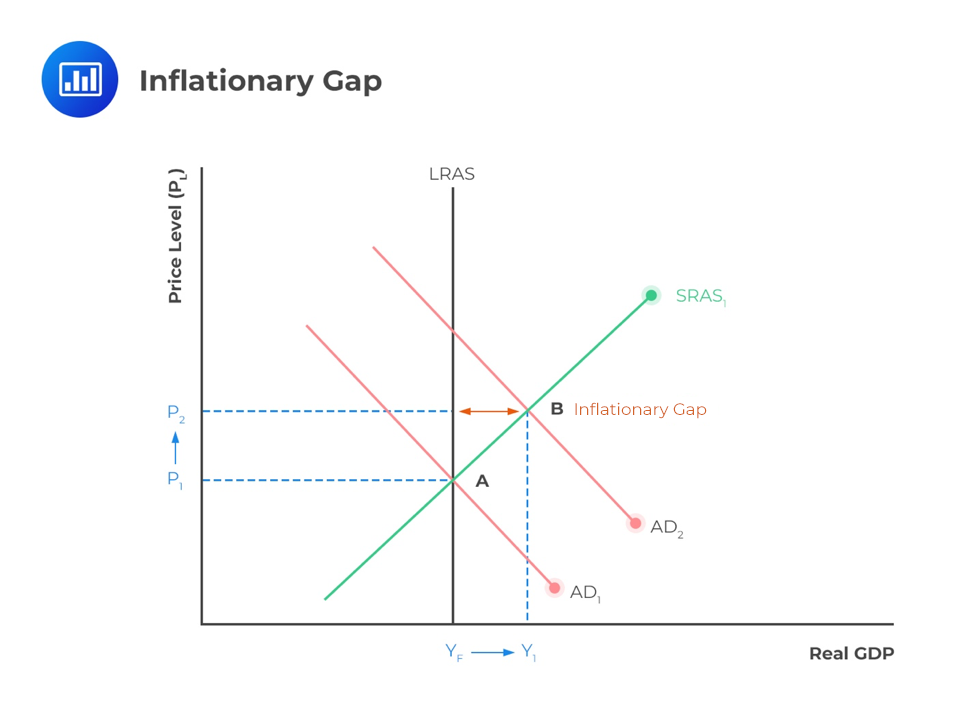 A steady decline in aggregate supply results in stagflation. In economic theory, stagflation is a situation in which the inflation rate is high, the economic growth rate is slow, and unemployment remains steadily high, which is the “perfect storm” of economic bad news.

Studying the graph below, when the aggregate supply declines the equilibrium level of the GDP shifts from A to B. The GDP falls from Y1 to Y2 and prices rises from P1 to P2. Over time, the reduced output and employment exert downward pressure wages and input prices, resulting in a shift of the SRAS curve to the right and back to full employment at point A. 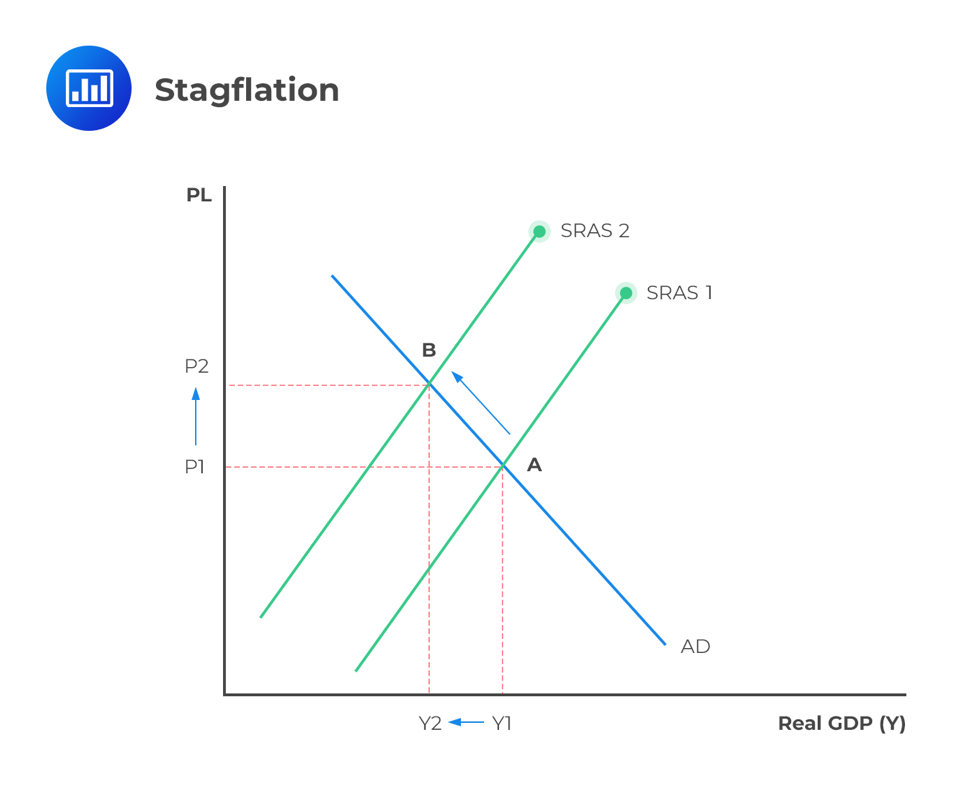 Stagflation leads to slow economic growth and is very expensive and difficult to address.

Among the following, which is least likely caused by a shift in aggregate demand?

B. A recession gap

The balance of payments is a combined account of receipts and payments to...

Normal Goods Normal goods are goods whose demand increases with an increase in...

AnalystPrep’s Video Series – Level I of the CFA® Exam