Value at Risk (VaR) measures the probability of underperformance by providing a statistical measure of downside risk.

In the case of a continuous random variable, VaR can be computed as follows:

The following is an illustration of the 5% VaR of a hypothetical portfolio: 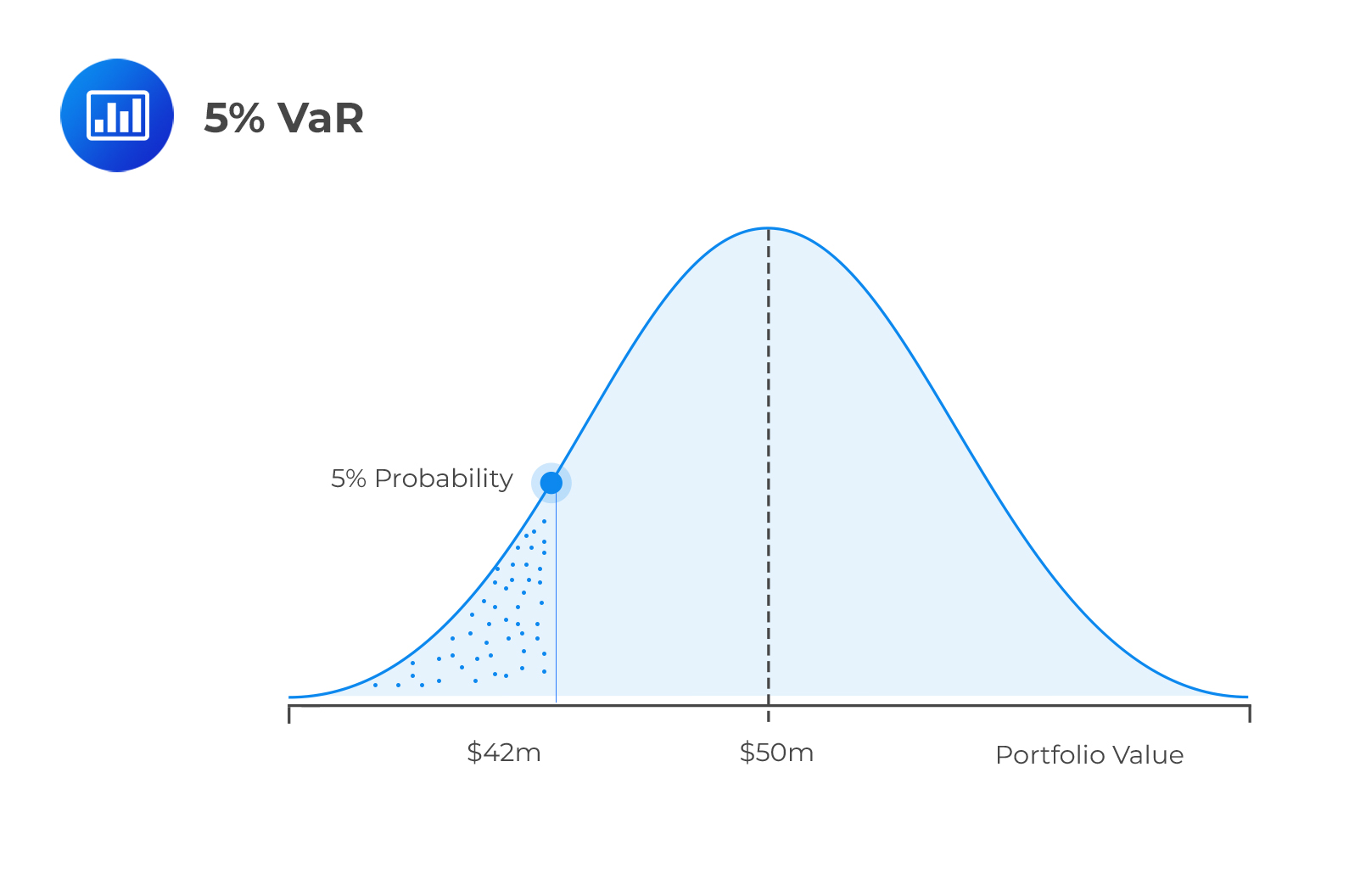 The above illustration shows that the portfolio’s expected return is $50m. Additionally, the probability of realizing a return of less than $42m is 5%.

A hypothetical portfolio B has an annual 1% VaR of $45,000. Which of the following statements is most likely true about the portfolio?

C is incorrect. VaR does not specify the probability of losing a particular amount.

LOS 40 (a) Explain the use of value at risk (VaR) in measuring portfolio risk.

Different growth rate assumptions may explain the differences between the estimated values of... Read More

One of the assumptions underpinning multiple regression is that regression errors are homoscedastic.... Read More

Sustainable (persistent) earnings are earnings that are expected to recur in the future.... Read More