Determine the distribution of a transformation of jointly distributed random variables

There is one remark we must pay attention to: If the function \(Y = u(X)\) does not have a single-valued inverse, the determination of the distribution of \(Y\) will not be as simple.

where the Jacobian \(J\) is the determinant

Applying the change of variable technique we would have to do some arrangements:

Applying the formula then

If we defined any function to \(X_1,X_2\) we would only need to add it to this equation and change the bounds if needed. After that, we would comfortably determine the mean, variance, and other moments that can be deduced from a joint probability function.

Order statistics are the observations of the random sample, arranged in magnitude from the smallest to the largest. In recent years, the importance od order statistics has increases because of the more frequent use of nonparametric inferences and robust procedures. However, order statistics have always been prominent because, among other things, they are needed to determine rather simple statistics such as the sample median, the sample range, and the empirical cdf.

If \(X_1,X_2,\cdots,X_n\) are observations of a random sample of size \(n\) from a continuous-type distribution, we let the random variables

denote the order statistics of that sample. That is,

There is a very simple procedure for determining the cdf of the rth order statistic, \(Y_r\).

For the order statistics one can compute things like sample median, sample range, and any other statistics. Let’s see one simple example:

Example 2: Let’s take the same distribution from the past exercise. This time let \(Y_1, \cdots , Y_5\) be arbitrary and not known, and let’s assume that \(Y_3 < 1/3\), this means that the other 2 random variables must be less than this value too since they are ordered. This type of event then can be thought as a binomial experiment for convenience then:

If then we decided to apply a transformation for this function we have been using as an example, we would reach an interesting result:

Example 3: Applying that for any \(X_i\) it would be an arbitrary value:

And then we have built a transformation for \(f(x)\) based on a binomial example. For this case the transformation is more complex than the original function and transforming these values would not be worth it if something was changed for our original values.

Rewriting this, we have

and the pdf of the largest order statistic is

As a result, the multinomial probability is approximately 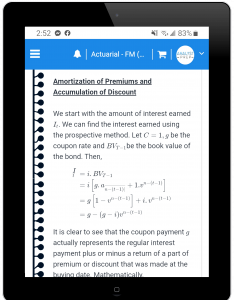