What if we rolled a six-sided dice? The set of possible outcomes is:

Each of these outcomes would occur with a probability of 1/6 because each of them has an equal chance of occurring. Consequently, the probability distribution would be a straight line: 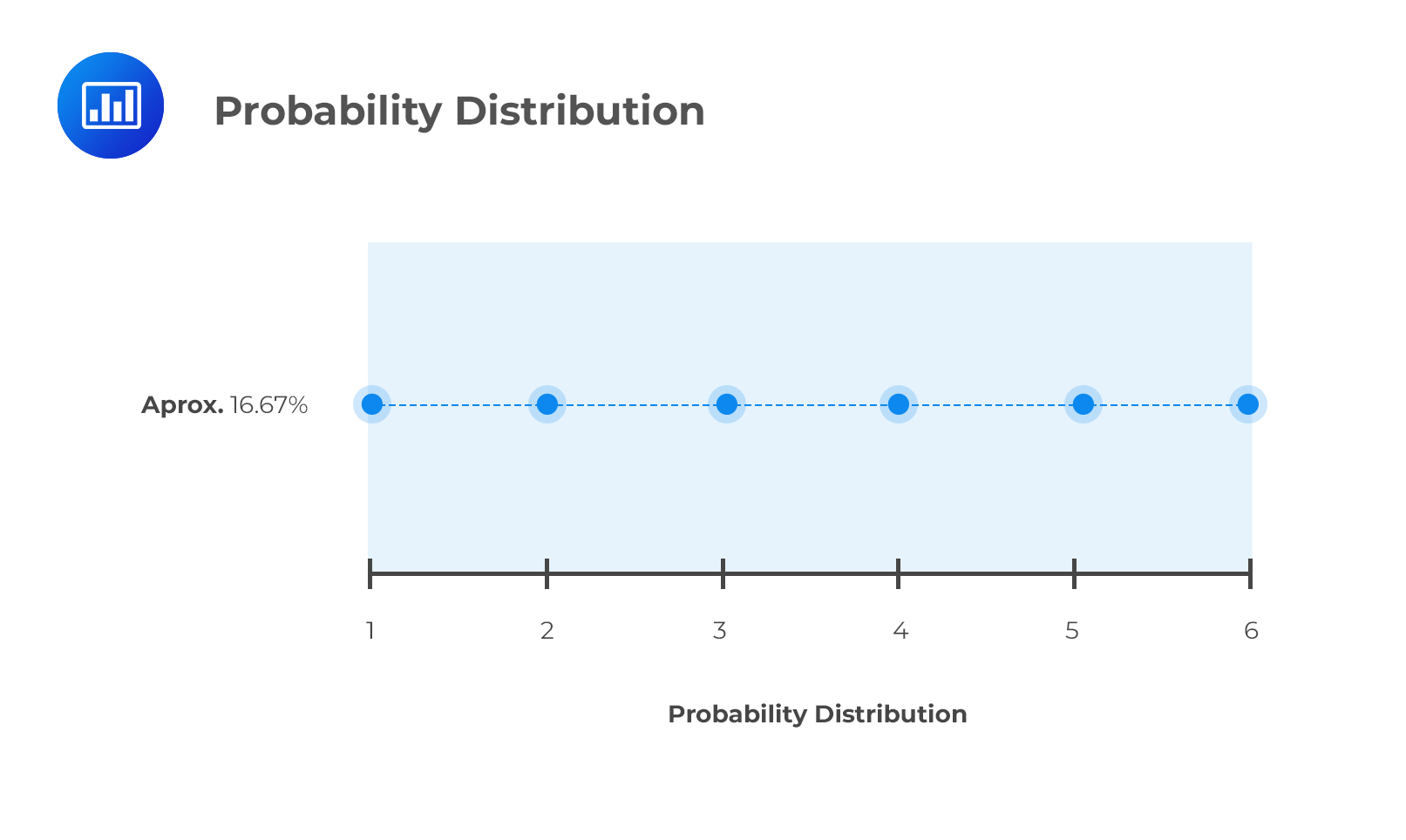 Note to candidates: although the above distribution is a straight line, most real life distributions are usually curved. The CFA curriculum particularly delves into the bell-shaped normal distribution.

A discrete random variable can take on a finite number of outcomes.

For a discrete random variable, the probability function, P(x), satisfies the properties below.

For a continuous random variable, the probability function, f(x), satisfies the properties listed below.

Define a probability distribution and distinguish between discrete and continuous random variables and their probability functions.

A discrete random variable can assume a finite or countable number of values.... Read More