Breaking Down the Decision Rule

The decision to reject or not reject a null hypothesis is based on the distribution the test statistic assumes. This means that if the variable involved follows a normal distribution, we use the level of significance of the test to come up with critical values that lie along the standard normal distribution.

Note that prior to decision making, one must consider whether the test should be one-tailed or two-tailed. This is because the number of tails determines the value of α (significance level). The following is a summary of the decision rules under different scenarios.

Decision rule: reject H0 if the test statistic is less than the critical value. Otherwise, do not reject H0. 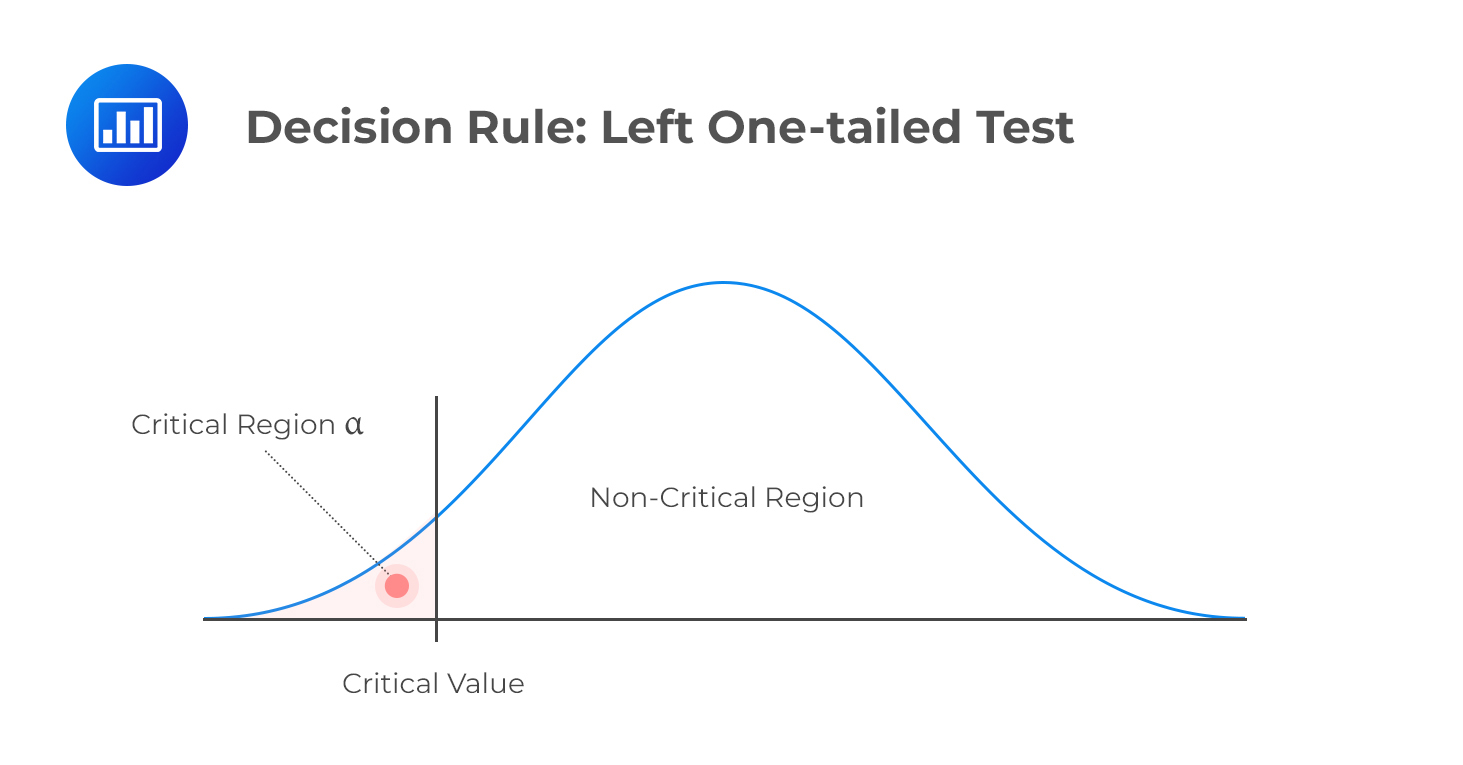 Decision rule: reject H0 if the test statistic is greater than the critical value. Otherwise, do not reject H0. 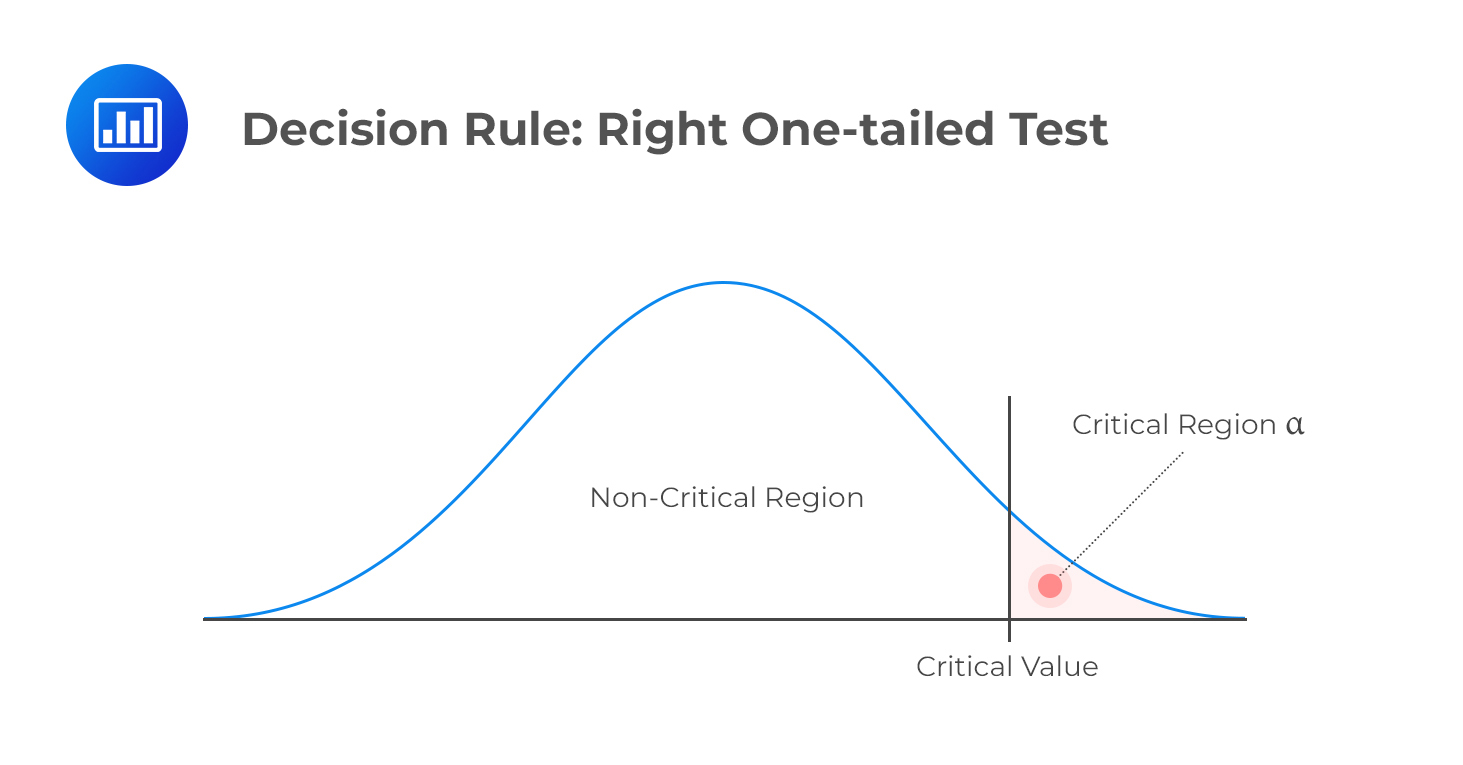 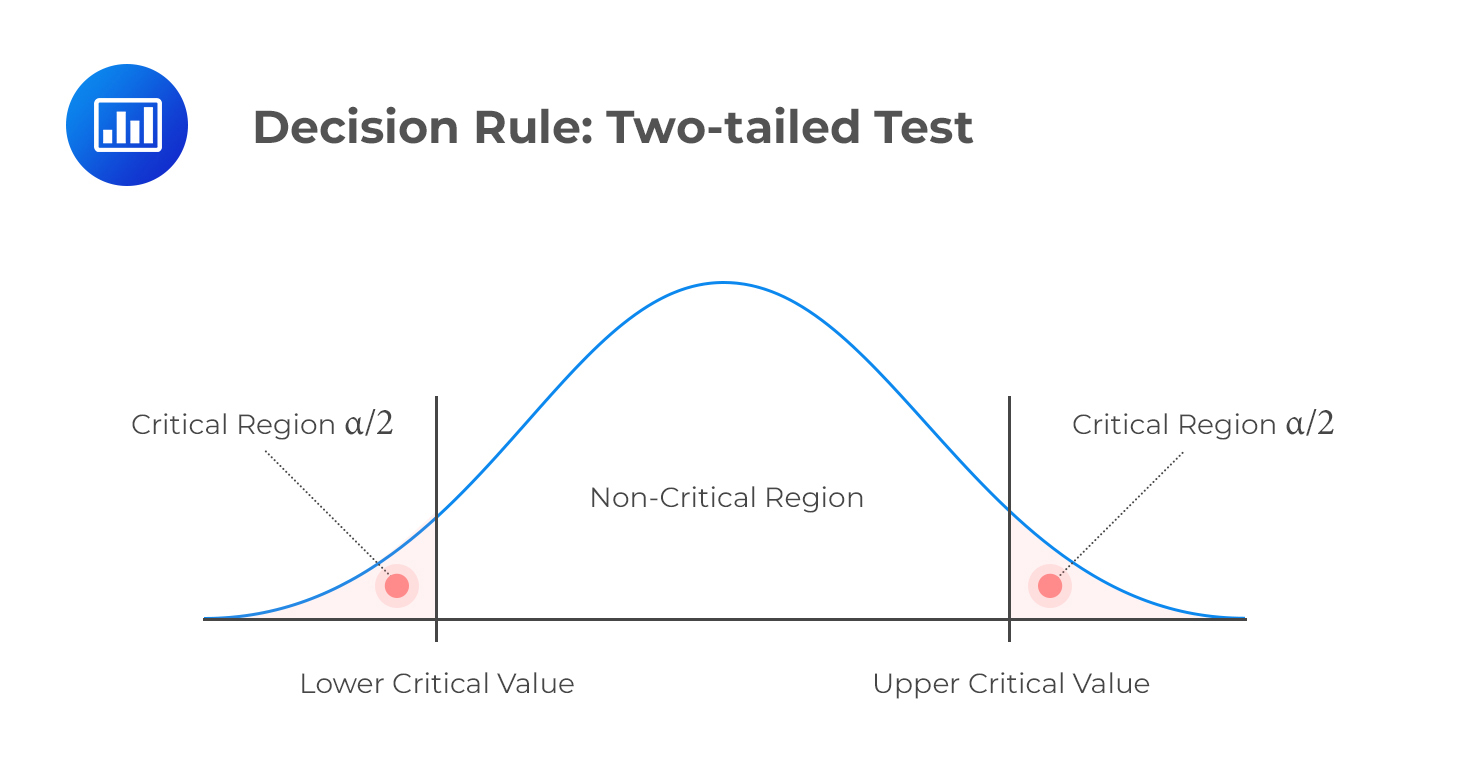 The Power of a Test

When presented with a situation where there are multiple test results for the same purpose, it is the test with the highest power that is considered the best.

The Link Between Confidence Interval and Hypothesis Testing

A survey carried out using a sample of 50 CFA Level I candidates reveals an average IQ of 105. Assuming that IQs are distributed normally, carry out a statistical test to determine whether the mean IQ is greater than 100. You are instructed to use a 5% level of significance. (Previous studies give a standard deviation of IQs of approximately 20.)

This is a right one-tailed test, and IQs are distributed normally. Therefore, we should compare our test statistic to the upper 5% point of the normal distribution.

From the normal distribution table, this value is 1.6449. Since 1.768 is greater than 1.6449, we have sufficient evidence to reject the H0 at the 5% significance level. Therefore, it is reasonable to conclude that the mean IQ of CFA candidates is greater than 100.

(Note the choice of words used in the decision-making part and the conclusion.)

Use data from the previous example to carry out a test at 5% significance to determine whether the average IQ of candidates is greater than 102.

Just like in the example above, start with stating the hypothesis;

Again, this is a right one-tailed test. 1.061 is less than the upper 5% point of a standard normal distribution (1.6449). Therefore, we do not have sufficient evidence to reject the H0 at the 5% level of significance. It is, therefore, reasonable to conclude that the average IQ of CFA candidates is not more than 102.

A discrete random variable can take on a finite or countable number of... Read More

Chi-square Test of a Single Population ...

Testing the Variances of a Normally Distributed Population using the Chi-square Test A... Read More

Discrete Uniform Random Variables, a B ...

Probability distributions have different shapes and characteristics. As such, we describe a random... Read More