The probability density function for this type of distribution is:

\(X \sim U (\alpha, \beta)\) is the most commonly used shorthand notation read as “the random variable x has a continuous uniform distribution with parameters α and β.”

The total probability (1) is spread uniformly between the two limits. Intervals of the same length have the same probability.

3 Properties of the Continuous Uniform Distribution:

The probability density function is given by: 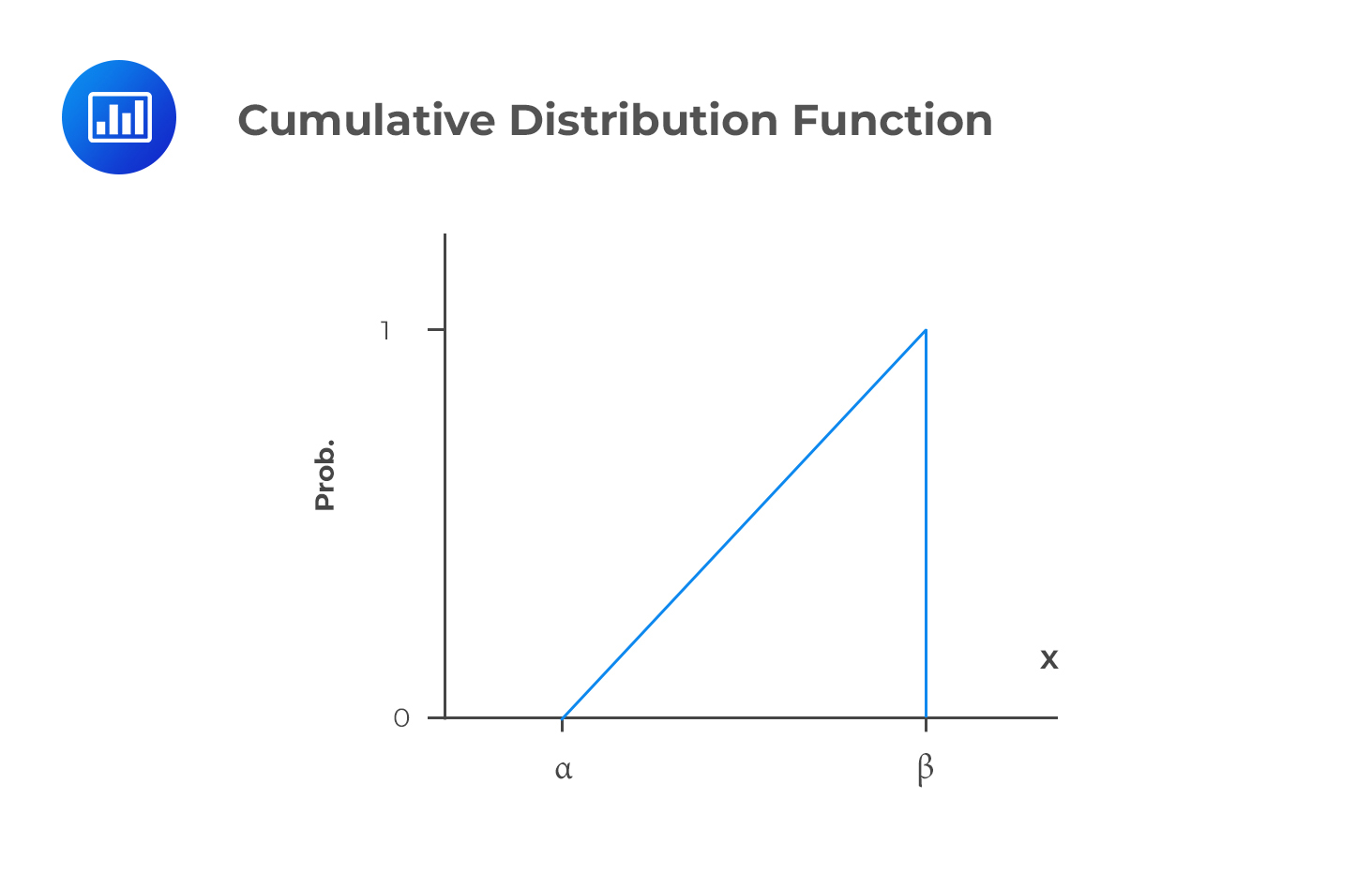 The CDF is linear over the variable’s range.

First, you should determine the pdf:

Tracking error refers to the difference in returns between a portfolio (index fund)...

Uses of the t-Test and the z-Test

The z-test The z-test is the ideal hypothesis test to conduct in the...