Also known as the Hicks-Hansen model, the IS-LM curve is a macroeconomic tool used to show how interest rates and real economic output relate.

IS refers to Investment-Saving while LM refers to Liquidity preference-Money supply. These curves are used to model the general equilibrium and have been given two equivalent interpretations. First, the IS-LM model explains the changes that occur in national income with a fixed short-run price level. Secondly, the IS-LM curve explains the causes of a shift in the aggregate demand curve.

In the next sections, we will first have an overview of the general IS-LM equilibrium, and then we will describe both curves.

The model is represented as a graph consisting of two intersecting lines. On the X-axis, we have the real gross domestic product (Y), which is simply the output of the economy. On the Y-axis, we have nominal interest rates (i). 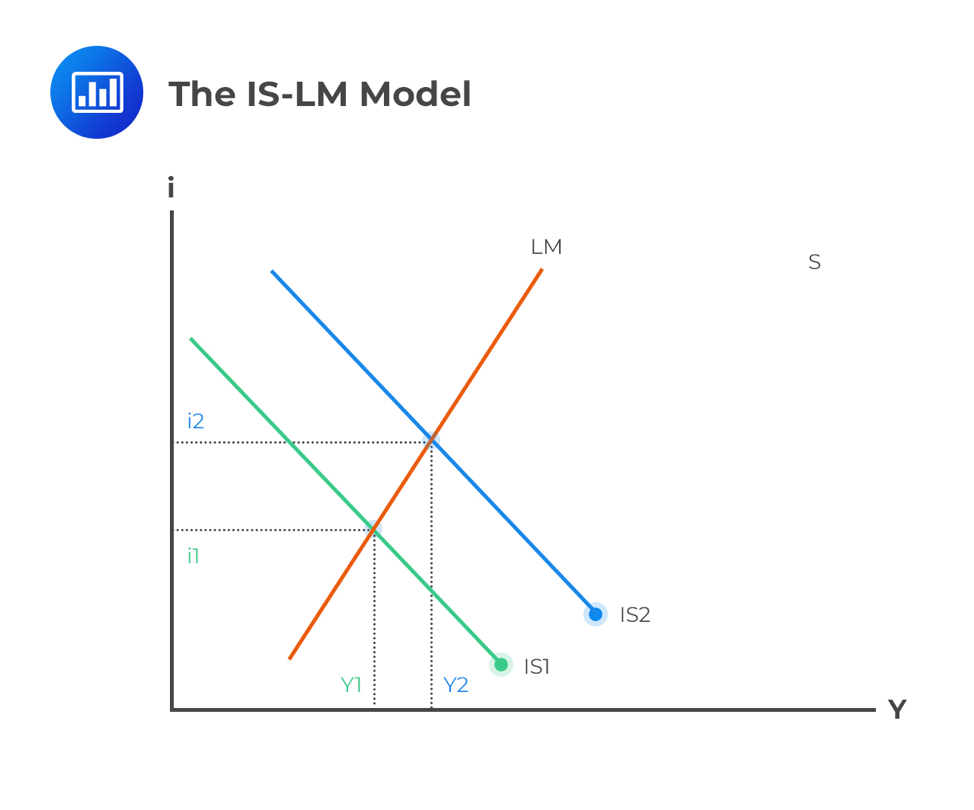 The intersection of the IS and LM curves shows the equilibrium point of interest rates and output when money markets and the real economy are balanced. If we move one of the two curves to the right or the left, the model gives us a new economic output and interest rates.

Here, the interest rate is the independent variable, while income is the dependent variable. Notably, the curve is downward sloping. The IS also shows the locus point where total income equals total spending:

Example of the IS Curve

The following equations are given for a certain American state:

Substitute the tax function and solve for Y. We get,

This is the final equation for the IS curve. It summarizes combinations of income and the real interest rate at which income and expenditure are equal; that is, it reflects the goods market.

By using the quantity of money theory, we get a clear relationship among the nominal money supply (M), the price level (P), and the real income/expenditure (Y):

Where V is the rate at which the money circulates in the economy (velocity of money). If we assume that V remains constant, then the theory postulates that money supply determines the nominal value of the output (PY). In other words, an increase in the money supply will increase the nominal value of output. However, this equation does not tell us how this increase will be felt in price and quantity.

We can rewrite the quantity theory equation in terms of the supply and demand for real money balance as:

Where \(k=\frac{1}{V}\) denotes the amount of money people desire to hold for every currency unit of real income. Using the above equation, it’s easy to see that demand for real money balances is inversely proportional to interest rate since high interest rate encourages investors to venture into high-yielding securities. Therefore, the demand for real money balances is an increasing function of real income (M) and a decreasing function of the interest rate.

Equilibrium in a money market requires that: 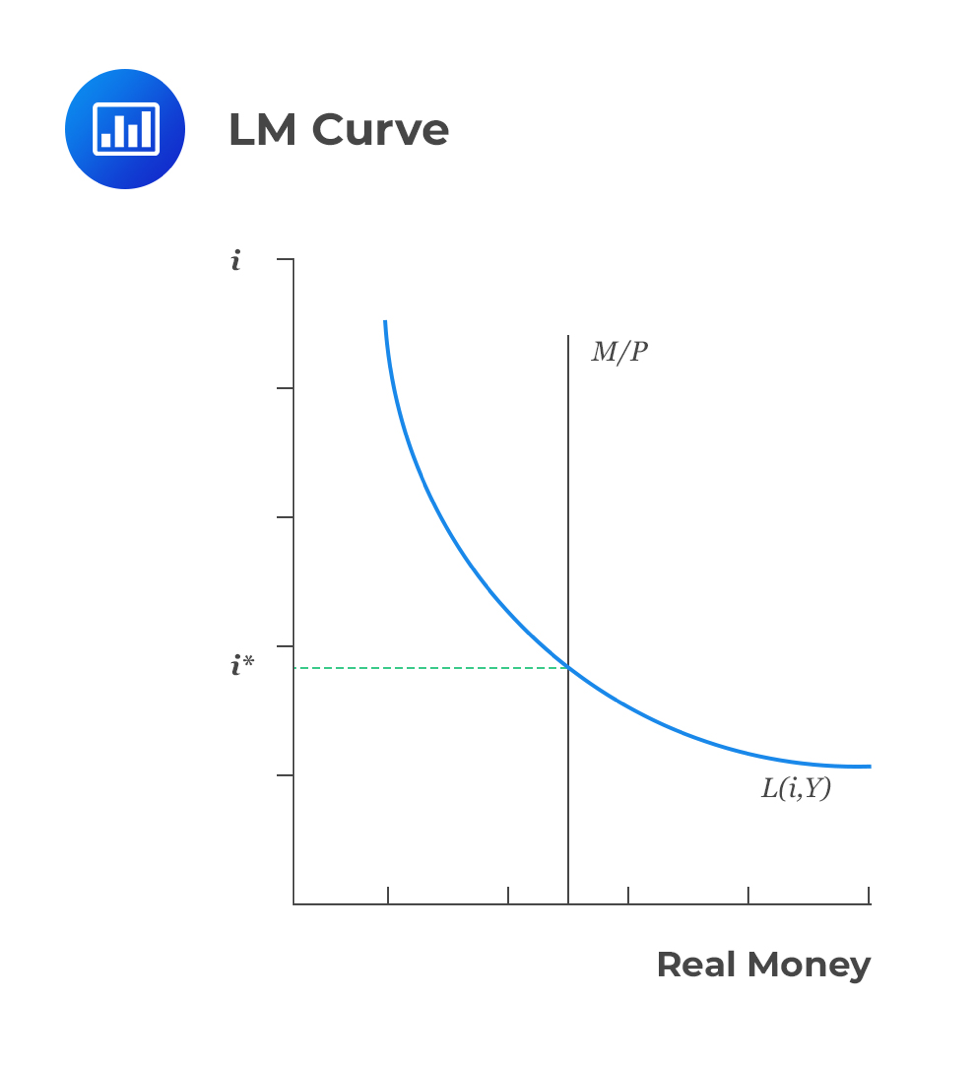 The money demand and supply for a certain American state are:

Find the equation of the LM curve.

To find the LM curve, we need to equate the real money supply to real money demand and rearrange it to make Y the subject. That is,

Aggregate demand occurs at the point where the IS and LM curves intersect at a particular price. If some individual considers a higher price level, then the real supply of money will definitely be lower. As a result, the LM curve will shift higher. Furthermore, the aggregate demand will be lower.

Which of the factors given below is the one whose increase most likely leads to a leftward shift in the aggregate demand curve?

Option A is incorrect. When stock prices increase, the aggregate demand increases due to an increase in consumption.

However, an increase in taxes leads to lower consumption. This creates a leftward shift in the aggregate demand curve.

Interaction between Monetary and Fisca ...

Forward Quotations The points on a forward rate quote are the differences between... Read More