The required discount rate for a risky credit bond has four components, i.e., the risk-free rate, the expected inflation, a risk premium, and the credit spread (additional risk premium for credit risk).

During weak economic times, there is an increased likelihood of corporate default and even bankruptcy. Due to this, investors always demand a higher premium during such periods. The credit spread is, therefore, very high towards and during a recession. However, it declines after a recession. 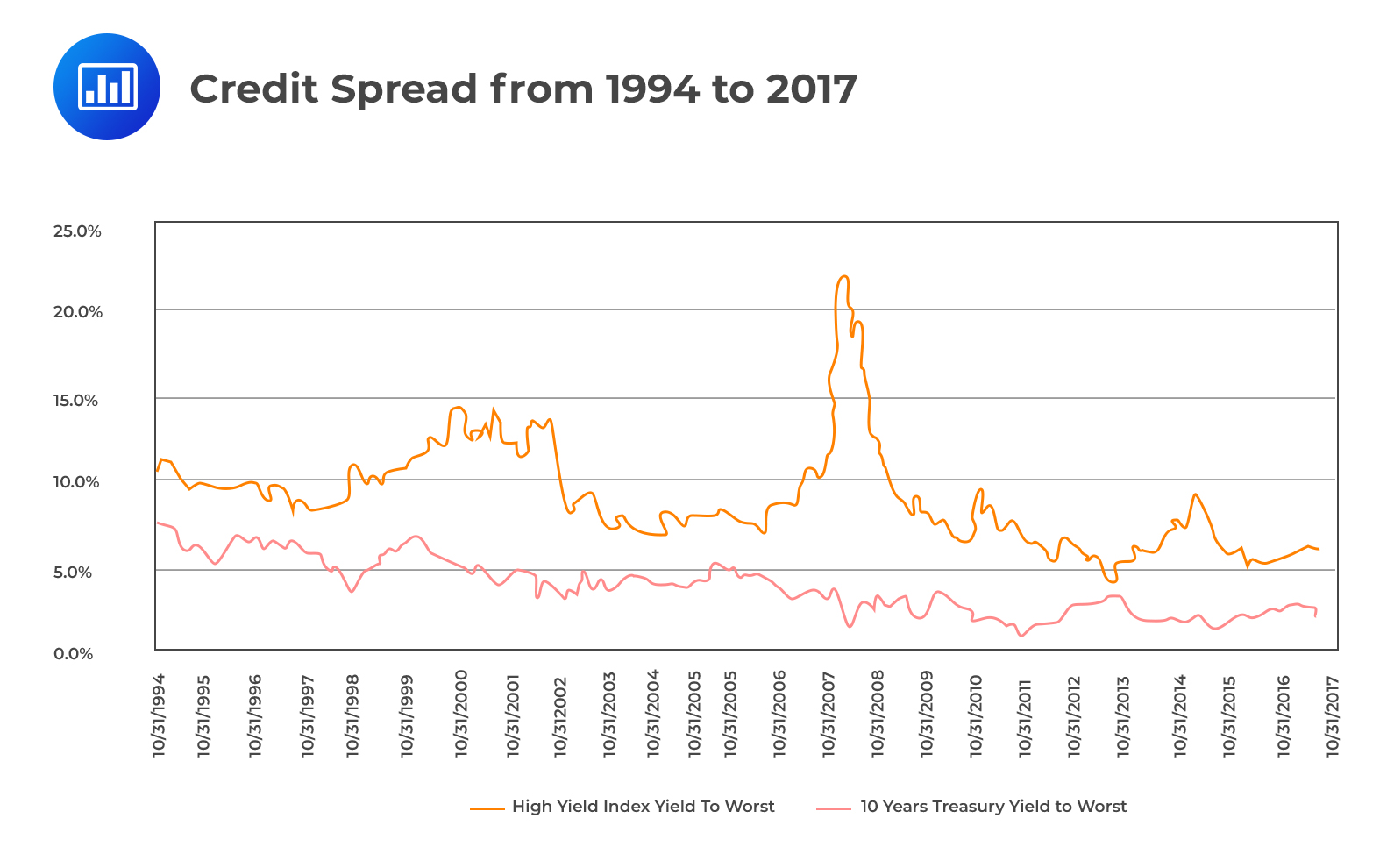 Which of the following statements is most likely correct about the credit spread of risky bonds?

Credit spread is the difference between the yield of a corporate bond and that of a government bond with the same currency denomination and maturity. It tends to increase in times of economic downturn. This is attributable to the increment in the likelihood of default. Note, however, that credit spread tends to decline in times of robust economic growth when defaults are less common.

LOS 44 (f) Explain how the phase of the business cycle affects credit spreads and the performance of credit-sensitive fixed-income instruments.

The swap spread is obtained by taking the difference between a swap’s fixed... Read More