Key Properties of the Normal Distribution

A random variable is said to have the normal distribution (Gaussian curve) if its values make a smooth curve that assumes a “bell shape.” A normal variable has a mean “μ,” pronounced as “mu,” and a standard deviation “σ,” pronounced as “sigma.” All normal distributions have a distinguishable bell shape regardless of the mean, variance, and standard deviation. 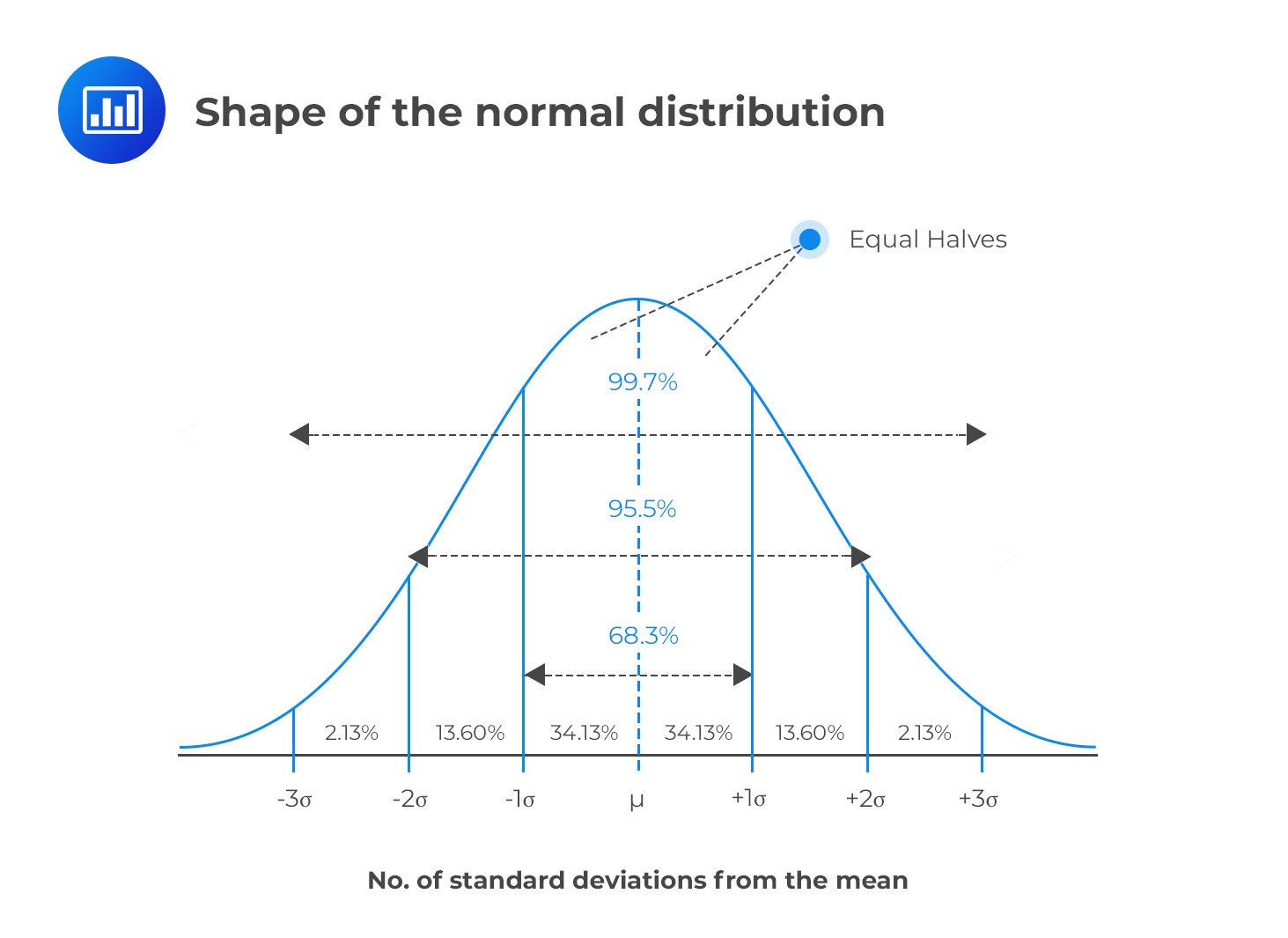 A normal distribution has certain properties that make it a useful tool in the world of finance.

Area Under the Normal Distribution Curve

To determine the probability that a random variable X lies between two points, ‘a’ and ‘b’:

Explain the key properties of the normal distribution.

Sampling error is the statistical error that occurs when an analyst selects a... Read More

The effective annual rate of interest (EAR) refers to the rate of return... Read More

Bayes’ formula is used to calculate an updated or posterior probability given a... Read More

Covariance of Portfolio Returns Given ...