Aggregate supply refers to the sum of goods produced in an economy. It connects the number of goods and services supplied to price levels, with all other factors held constant.

The aggregate supply trend mirrors the effect of supply on price. A shortage of supply causes an increase in prices, resulting in higher profits for businesses and encouraging producers to increase their output.

Although in the short run, prices remain stagnant, in the long run, prices are flexible. The curve becomes vertical as a result of input costs adjusting to changes in output prices. However, it is important to note that the economy’s level of potential GDP affects the curve’s position. 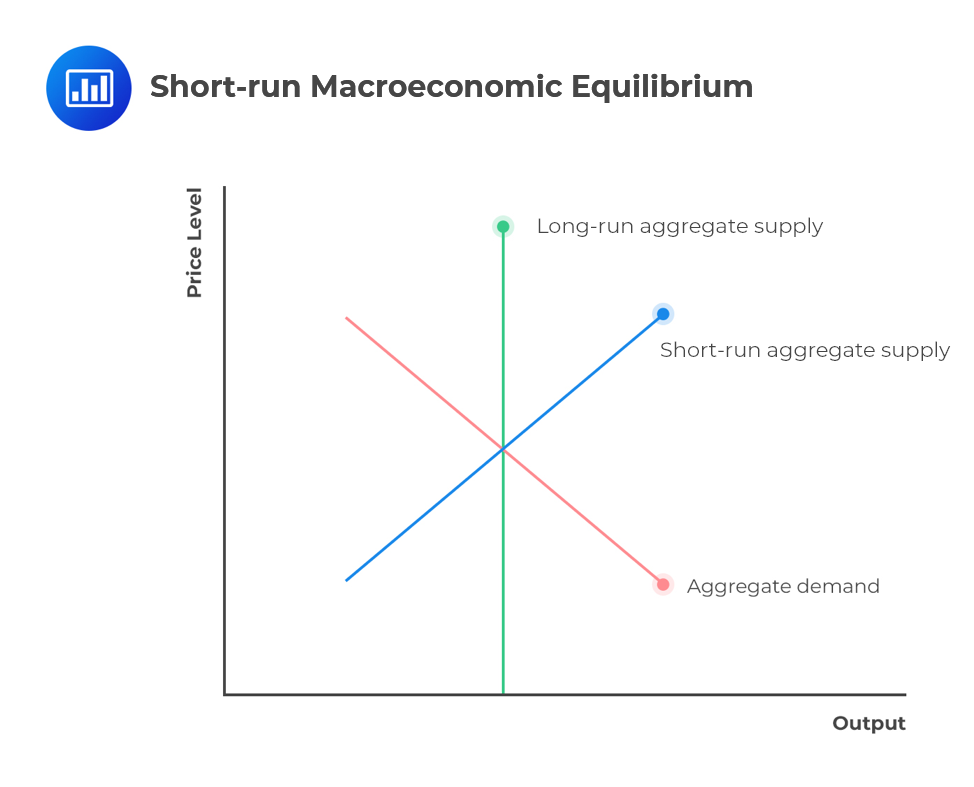 Both AD and AS Increase

Both AD and AS Decrease

AD Increases While AS Decreases

AD Decreases While AS Increases

The combined effects can be summarized by the table below:

Which of the following factors can make the long-run aggregate supply curve to shift leftwards?

B. A decline in productivity.

C. A decrease in corporate taxes.

There exists a direct relationship between labor hours and output. The more efficient the workers, the higher their output for the same amount of hours worked.

A decline in output, signals a decline in efficiency. This results in an increase in the cost of labor, thereby decreasing output and profits. Further, this results in a leftward shift in both the short-term and long-term aggregate supply.

Short-run Macroeconomic Equilibrium Below or Above Full Employment

There are two major measures of inflation: the consumer price index and the... Read More

Input Growth Already, we are well aware that the productive capacity and potential... Read More

Use and Limitation of Concentration Me ...

Concentration Ratio The concentration ratio is the sum of market shares covered by... Read More

The monetary transmission mechanism is the process where general economic conditions and asset... Read More