A chi-square test is used to establish whether a hypothesized value of variance is equal to, less than, or greater than the true population variance. Unlike most distributions covered in the CFA® Program curriculum, the chi-square distribution is asymmetrical. However, the distribution approaches the “normal” one as the degrees of freedom increase. 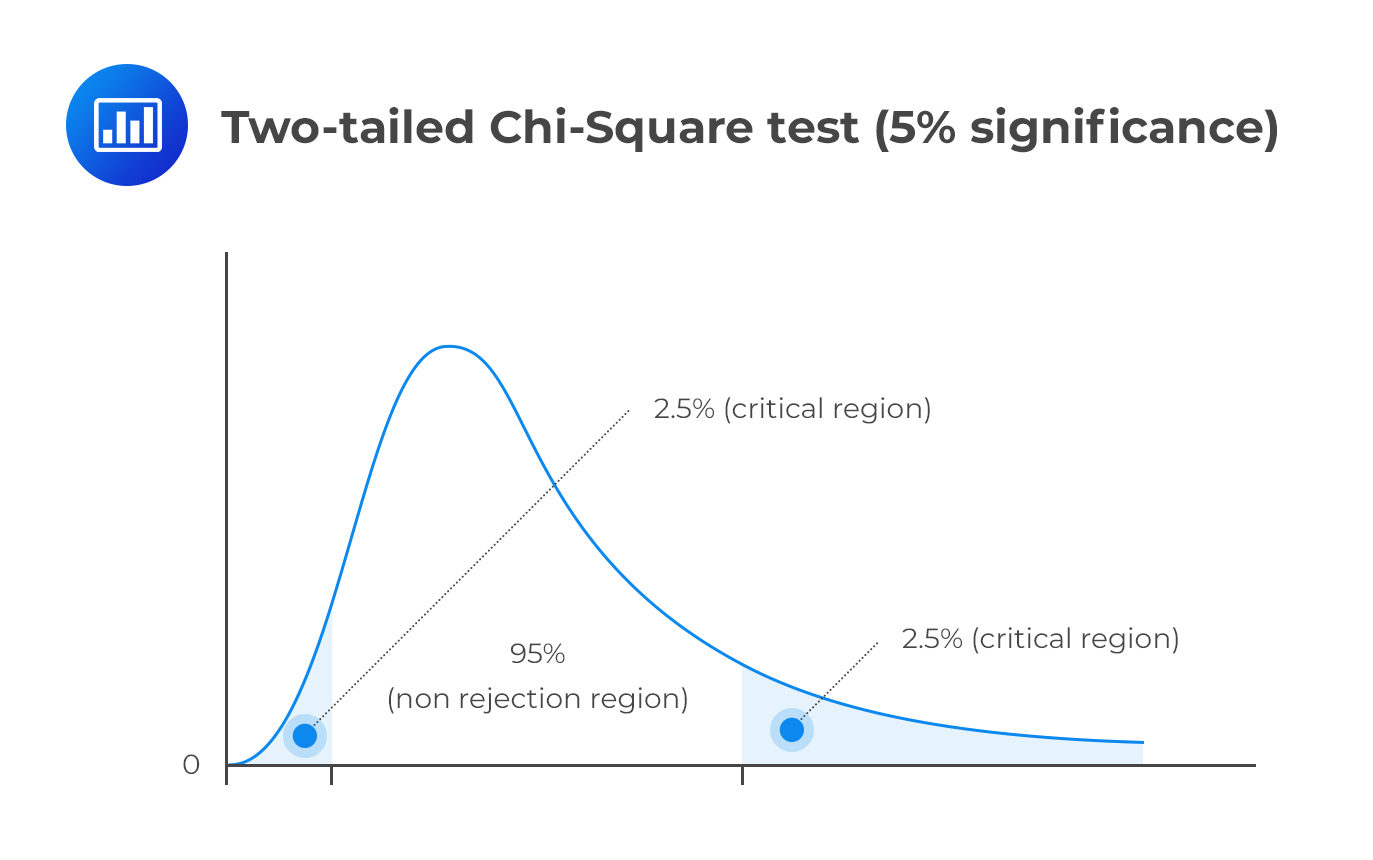 As a natural consequence, the chi-square distribution has no negative values and is bounded by zero. A chi-square statistic with (n – 1) degrees of freedom is computed as:

Carry out a 5% test to determine if the standard deviation computed in the latter period is different from the 15-year value.

As is the norm, start by writing down the hypothesis 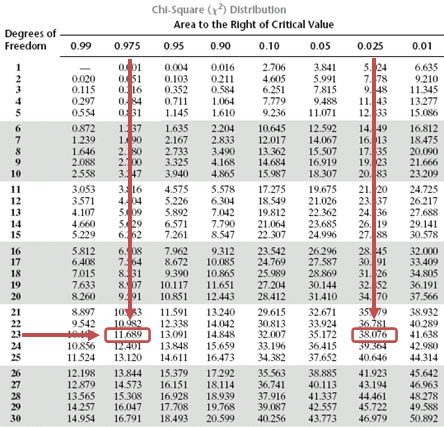 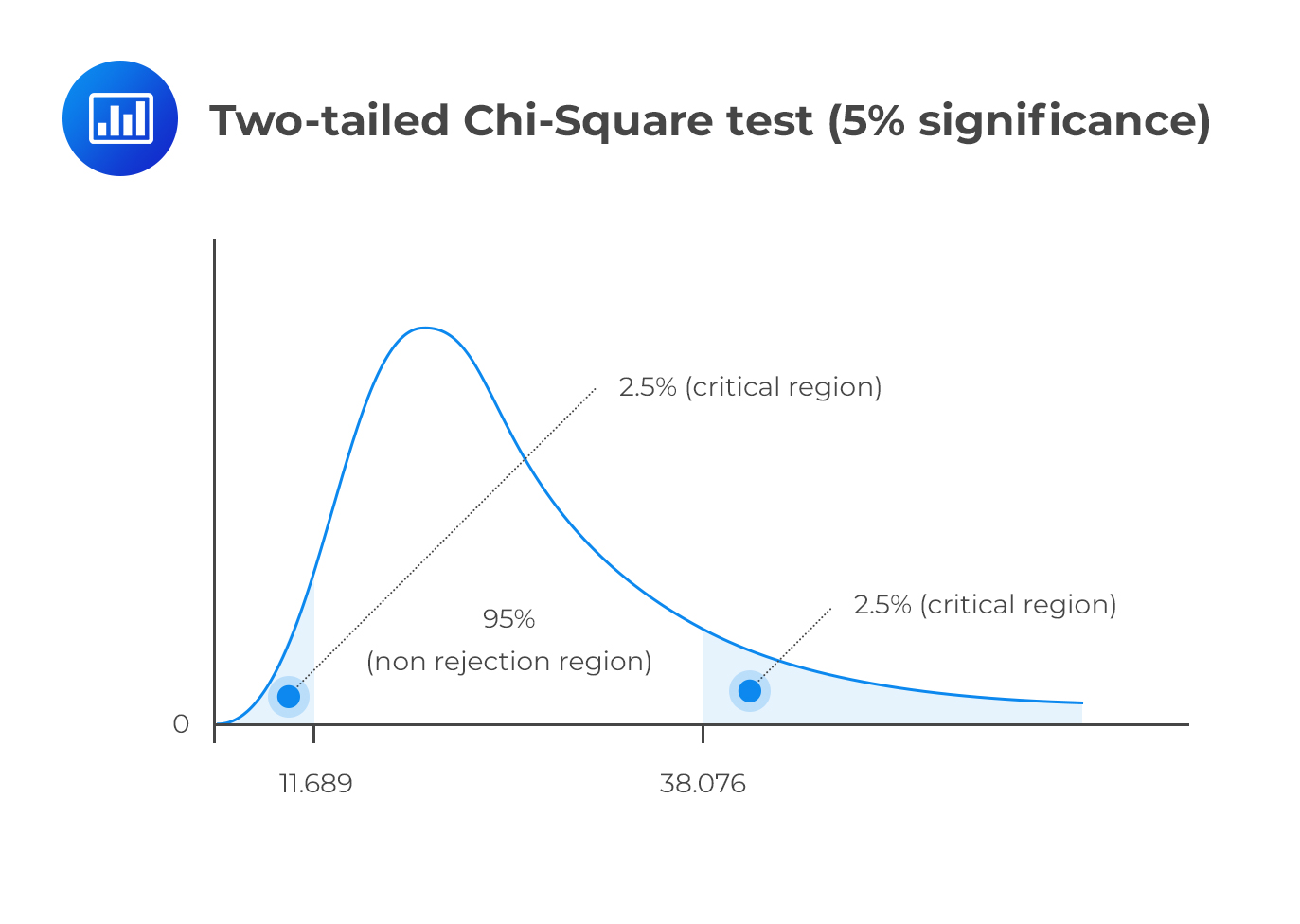 Therefore, we have insufficient evidence to reject the H0. It is, therefore, reasonable to conclude that the latter standard deviation value is close enough to the 15-year value.

Also, let us consider a scenario where we have the sample variances as \(S_1^2\) and \(S_2^2\). The basic situation usually involves the following hypothesis:

The decision rule is to reject the null hypothesis if the test statistic falls within the critical region of the F-distribution. 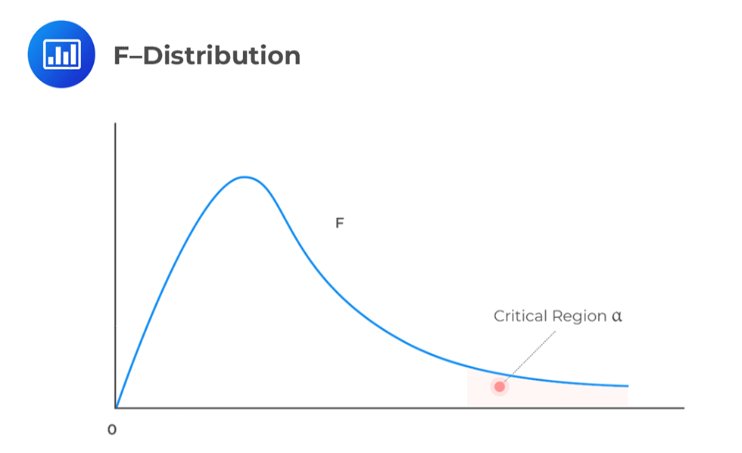 Use the following data to calculate the test statistic. Establish if the variances of the two populations “A” and “B” can be considered to be equal at the 95% confidence level.

We should compare the test statistic with the upper and lower 2.5% points of the F-distribution. These points are 4.026 and 1/4.026 = 0.2484. Since the test statistic lies between the two limits, we have insufficient evidence against the H0. Therefore, it would be reasonable to conclude that the two samples have equal variance.

Statistical Result vs. Economically Me ...

Statistical significance refers to the use of a sample to carry out a... Read More

Using a Timeline to Model Cash Flows a ...

A timeline is a physical illustration of the amounts and timing of cash... Read More