Line charts are popular among analysts because of their visual appeal.  These charts show the price trends exhibited over a period of time. A line connects plotted data points, such as stock prices. On the vertical axis, we usually have the price level. The horizontal axis represents time. The data points are usually the closing prices. The scale can either be linear or logarithmic. The choice between the two types of scales is informed by the range of data. For example, a logarithmic scale would be the best choice for data with a magnitude range of 100 to 100,000. Narrower price ranges, say $30 to $150, can use a linear scale. 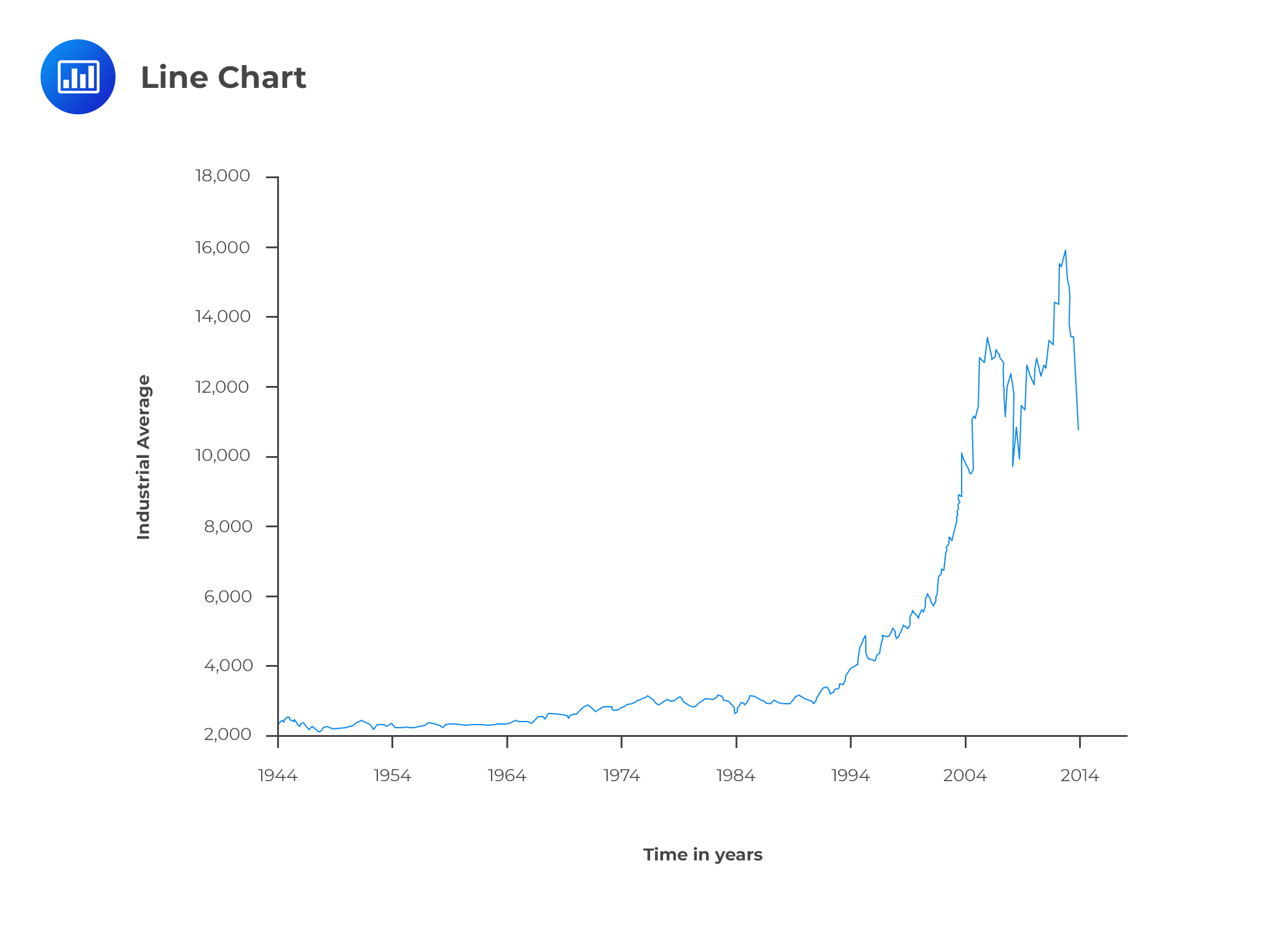 A bar chart differs from a line chart in that each entry has four bits of data as opposed to just one. The four bits comprise the opening price, closing price, the high price and the low price encountered during the time interval. Each entry usually represents a single day or month. 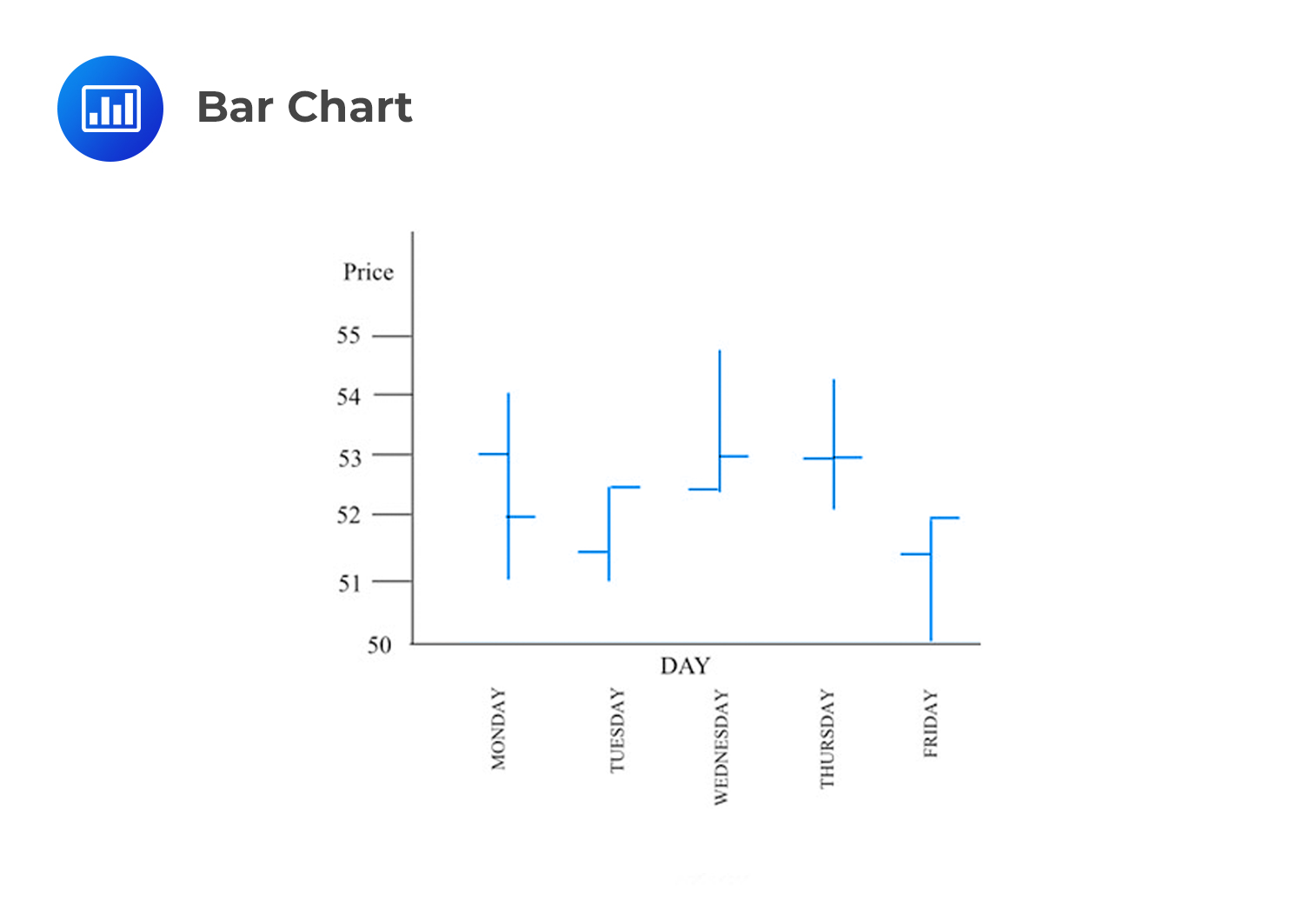 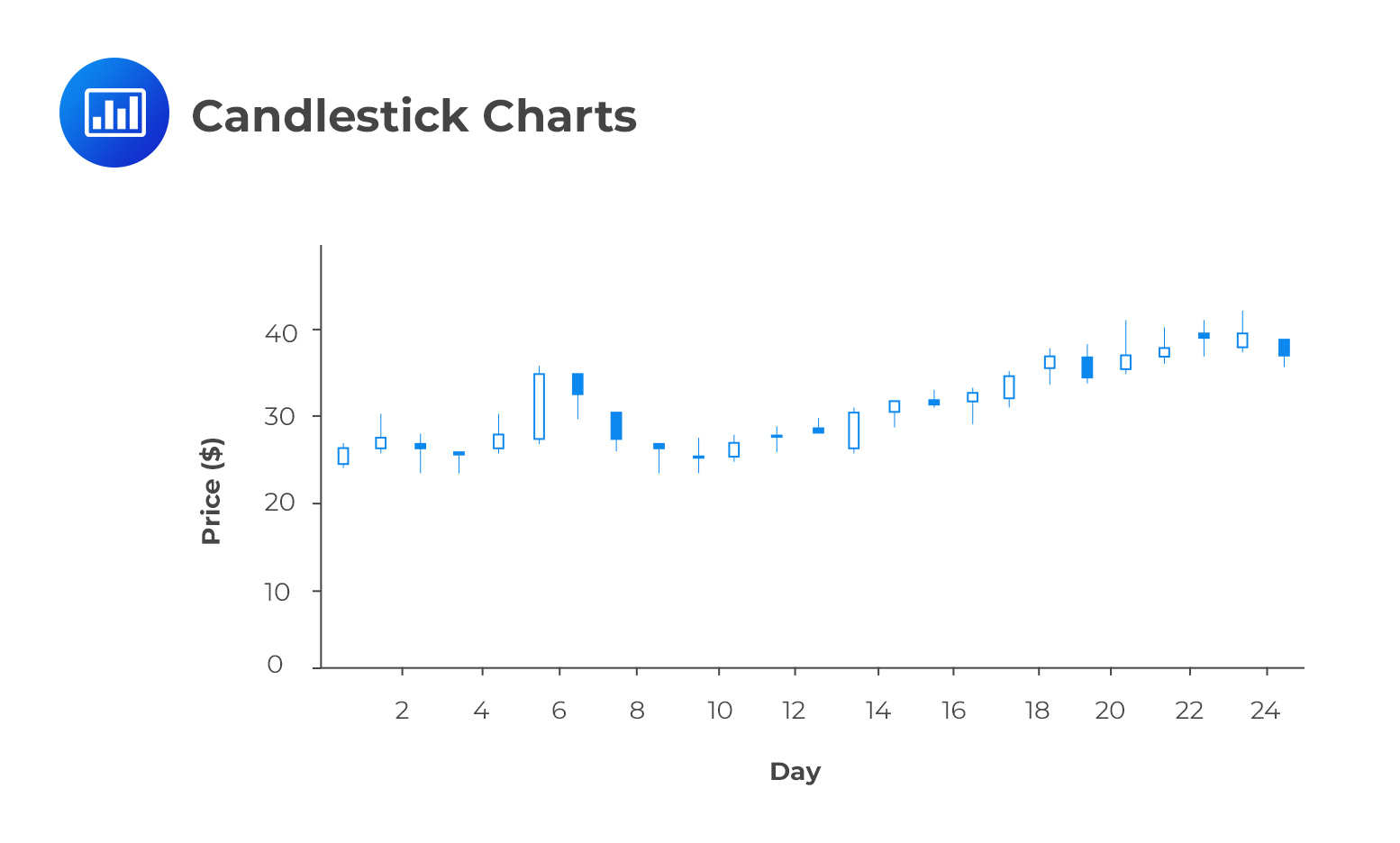 Drawn on a grid, a point and a figure chart consists of columns of O’s alternating with columns of X’s. It isquite different from other types of charts since neither volume nor time is represented. The horizontal axis shows the number of changes in price. However, movement along the axis indicates the passage of time, albeit, irregularly.

The starting point is the opening price. If the closing price changes by at least the box size, the analyst fills in a box in the first column. An X shows an increase equivalent to one box size while an O shows a decrease of a similar size. A double increase in price relative to the box size results in the drawing of two X’s to fill in two boxes. The second box appears on top of the first one. The analyst fills more boxes as the price moves higher. As a result, the column starts at the opening price and ends at the closing price. In case the price changes by a margin less than the box size, the analyst does not indicate anything. This is why the chart can remain without an update for a long period.

Following a reversal, the analyst shifts to a new column and begins a column of O’s. The first box to the right and directly below the highest X is filled first. An O is used to bring the column down to the price level at the close. As long as the decrease continues, the technician adds more and more O’s to the column, sitting below those drawn before. Only an increase that at least matches the reversal size prompts the start of a new column of X’s.

A point and figure chart is very useful when making trading decisions because of its ability to clearly show price levels, sharp changes, as well as small ones that are not so significant.

Volume plays a key role when making trading decisions. It’s common to find volume charts below many charts. The volume helps to assess the conviction of buyers and sellers when determining the price of a security.

If an increase in price coincides with an increase in volume, analysts consider such a scenario as a very positive technical development. It goes to show the strength and conviction of the market in relation to a given financial instrument.

On the contrary, if the price increase is accompanied by dwindling volume, it means fewer and fewer buyers are willing to trade in that particular instrument. If the volume continues to decline, the increase in price eventually stops, reflecting the reduced demand for the security.

Describe the construction of different types of technical analysis charts and interpret them.

CAPM can be extended to a number of areas and it provides additional... Read More

Risk-free assets are typically those issued by a government and considered to have... Read More