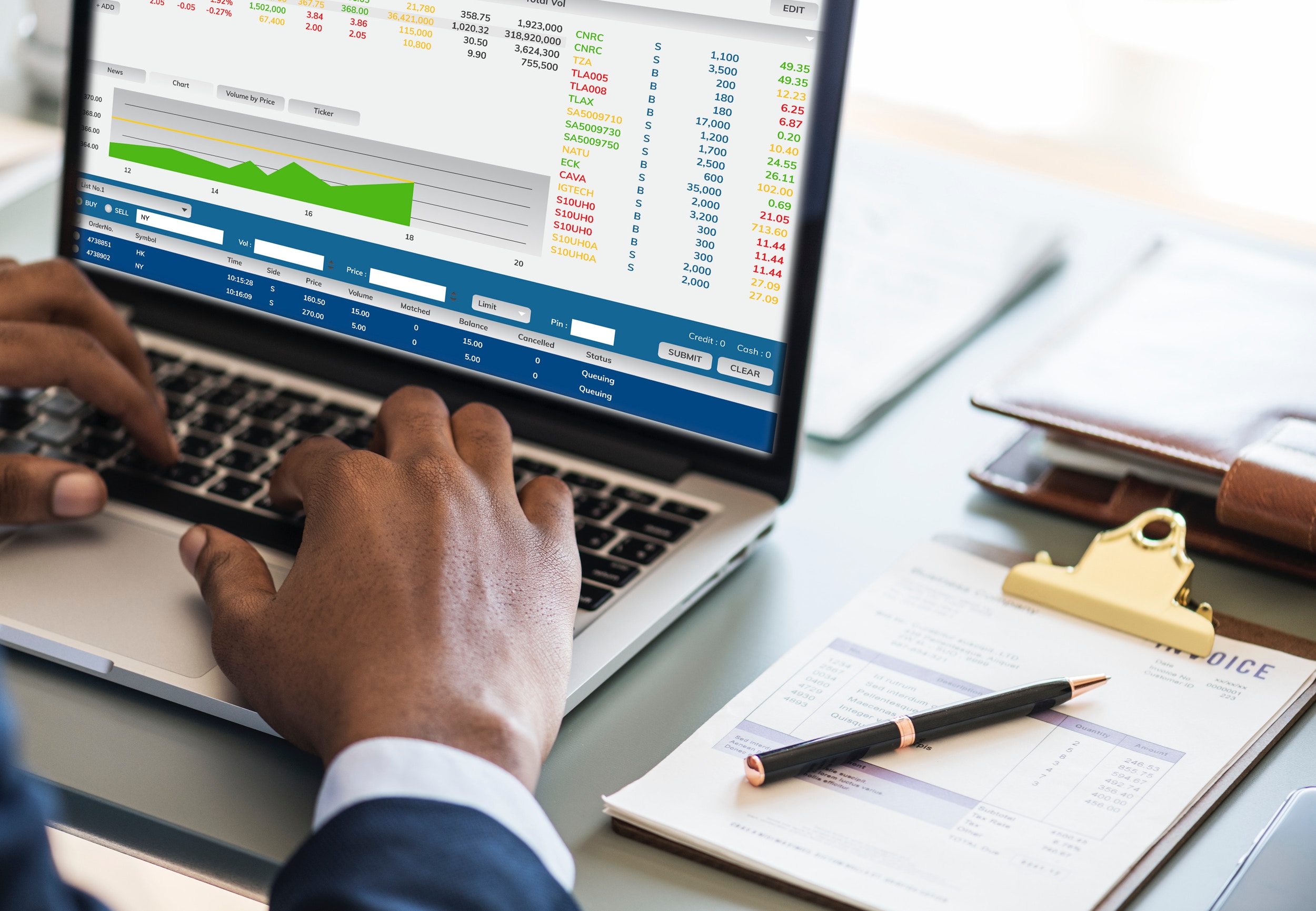 The word “credit” is derived from the ancient Latin word credere, which means “to believe” or “to entrust.” In the world of finance and investment, credit refers to a contractual agreement in which a borrower receives something of value now and agrees to repay the lender at a later date, generally with interest. Credit is built upon a foundation of trust. This implies that a borrower can either meet obligations as set out in the contract or fail to do so, in which case, the lender incurs a loss. As such, a lender must assess the likelihood that a borrower will pay back the loan in accordance with the terms of the agreement.

Credit risk is the probability that a borrower will not pay back a loan in accordance with the terms of agreement. It is the risk of loss caused by consumer default on credit products, including amortized loans, credit cards, revolving credits, and residential mortgages. Credit risk can arise in different ways. For example, it can emerge when:

For retail banks, credit risk is simply unavoidable. Banks receive deposits from customers and then lend the money to individuals and firms. In this process, every borrower is associated with some level of credit risk. However, the incremental risk of any single risk exposure is small. A single obligor is not big enough to threaten the operations of the bank.

To manage credit risk, banks invest heavily in credit analysis models that estimate future default rates and related losses. They also use a range of risk mitigants such as loan guarantees and collateral.

The variables most directly affecting relative credit risk include:

The four primary components of credit risk evaluation are as follows:

Qualitative credit risk analysis uses subjective judgment based on non-quantifiable information, such as management expertise, industry cycles, and the amount (and strength) of research and development. Qualitative analysis is used to gauge an obligor’s willingness to pay, which is a subjective attribute.

Qualitative analysis can be described by the acronym 6Cs derived from the first letters of the areas taken into account in the analysis:

Some of the qualitative techniques often used include:

Quantitative credit risk analysis primarily involves consideration of past, current, and forecasted financial statements of the prospective obligor. These include the balance sheet, income statement, and cash flow statement. Qualitative analysis is used to gauge the obligor’s ability to pay.

While scrutinizing financial statements, the obligee assesses the obligor’s liquidity, revenue streams, receivables, existing assets, liabilities, and all outstanding obligations to various stakeholders such as suppliers.

Quantitative analysis, however, has several limitations:

There are four main categories of borrowers, which give rise to four types of credit analysis:

Consumer credit analysis is the evaluation of the creditworthiness of individual consumers.

The most basic measure of an individual’s ability to honor their obligations involves assessing their net worth. The other important indicator of the ability to pay is the borrower’s cash flow stream – both inflows and outflows such as rent and salaries receivable, respectively. Since for most individuals, earnings and cash flow are generally equivalent, income and net worth provide the fundamental criteria for measuring their capacity to meet financial obligations.

Consumer credit analysis is a fairly simple process and it is not uncommon to find lenders using statistical tools to correlate risk to a fairly limited number of variables. Furthermore, extensive credit analysis does not often make economic sense because the amounts advanced are comparatively small.

Here, an analyst evaluates the creditworthiness of nonfinancial firms. Businesses are typically more difficult to analyze than individuals, although the process is similar. The income streams, asset, and liability values of businesses are more volatile.

The credit analysis process is usually detailed because the amounts advanced are relatively large. While evaluating the creditworthiness of a nonfinancial obligor, the lender is particularly concerned with the company’s liquidity, cash flows, near-term earnings capacity and profitability, and solvency position. Each of these attributes is also relevant to the analysis of financial companies.

An institution’s earnings capacity over time is a more relevant indicator of creditworthiness than cash flow.

There are several measures used to assess the creditworthiness of a firm:

The probability of default measures the likelihood of the obligor defaulting on the terms of a contract.

While highly relevant to what constitutes “good credit” and “bad credit”, the probability of default is often not a creditor’s central concern. That’s because a borrower may briefly default and then quickly correct the situation by making a payment, going as far as to pay up interest charges or penalties for missed payments. Non-payment for a limited period of time can cause a lender some financial strain particularly if the lender happens to be relying on the cash flows to meet their own obligations, otherwise, the tangible harm would be negligible. As a result, creditors tend to rely on other measures of risk in addition to PD.

PD is expressed as a percentage.

Loss given default (LGD): LGD represents the likely percentage loss if a borrower defaults. The severity of default is equally as important to a creditor as the probability of default itself.

A default event can be brief such that a borrower immediately makes the required payments resulting in a negligible loss for the lender. In such a scenario, the creditor would not be too alarmed. On the other hand, if payment ceases and no further revenue is ever received by the creditor, a substantial loss is incurred.

The probability of default and the severity of the loss as indicated by the loss given default are crucial to a creditor in the determination of the tangible expected loss.

Like the PD, LGD is expressed as a percentage.

Exposure at default is the total value a creditor is exposed to when a default event occurs. EAD may be expressed either as a dollar amount (i.e., outstanding loan balance) or as a percentage of the nominal amount.

The longer the time horizon (i.e., tenor of the loan), the more likely it is that a default will occur. Both the EAD and LGD change with time. The former increases as the borrower draw on a credit line loan is fully drawn and decreases as it is gradually repaid. LGD can change over time, where the nature of the change is contingent on the specific terms and structure of the loan.

Prime Bank has examined its loan portfolio over the past 1 year and arrived at the following conclusions:

Calculate the expected loss given a one-year time horizon.

Bank insolvency can be defined as a bank’s inability to pay its debts. This can happen in two ways:

Bank failure is the closure/collapse of a bank plagued by insolvency by a federal or state regulator. It results in significant losses to depositors and creditors.

In the 21st century, banks regularly run into solvency issues but very few fail. The main reason behind this is that the failure of a bank often has huge implications on the economy as a whole and regulators/governments do everything possible to prevent this from happening. As a result, regulators find it more convenient and less expensive to simply fold an insolvent bank through a merger or acquisition, resulting in a stronger bank. This is especially true for systematically important banks (SIBs) that are considered too big to fail.

Statistics seem to back up the claim that banks rarely fail. In the United States, for example, only 50 banks failed between 2001 and 2008, half of which failed in 2008 at the height of the financial crisis. This equates to a rate of approximately 0.1% per year during the period. In the aftermath of the crisis, approximately 2% of banks failed in both 2009 and 2010. An additional 1.2% of banks failed in 2011. Furthermore, research has shown that nonfinancial institutions fail more often compared to banks.

In a bid to avoid financial stress and possible failure, banking regulators around the globe have come up with a range of preventative measures. For example, the Financial Stability Board has crafted additional capital requirements to improve the loss absorption capacity of some 29 systematically important financial institutions. This is informed by the fact that the failure of a SIB has a spillover effect that causes severe financial strain to other financial institutions.

Apart from mergers and acquisitions, banks are often bailed out by governments. The Federal Reserve, for example, acts a lender of last resort and often injects capital into banks under financial strain to forestall impending failure.

Although bank failures are rare, continuous credit analysis is important:

According to the type of borrower, credit analysis can be categorized into which of the following four areas?

According to the type of borrower, credit analysis can be categorized into 4 areas: consumers, government and government-related entities, financial and non-financial (corporate) companies.

Option C is the 4’Cs of Credit, which are critical in the determination of the creditworthiness of a business/individual.

An Introduction to Securitization

After completing this reading, you should be able to: Define securitization, describe the... Read More

After completing this reading, you should be able to: Explain the motivation for... Read More

The Credit Transfer Markets and Their ...

After completing this reading, you should be able to: Discuss the flaws in... Read More

After completing this reading, you should be able to: Compare the different ways... Read More