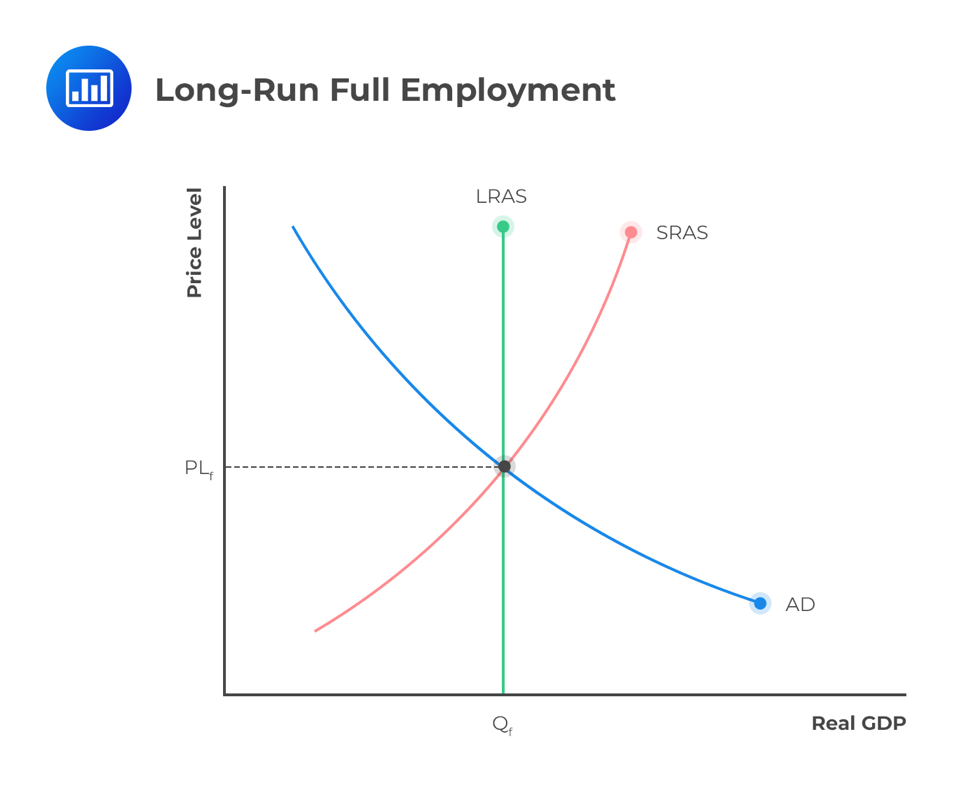 Since the intersection occurs at a point on the LRSS, the economy operates at potential GDP. Contrary to the inflationary gap, it is characterized by the following factors: capital and labor are fully employed, and jobs are available to everyone in the economy. Eventually, in the long-run, potential GDP and equilibrium GDP are both equal.

Potential gross domestic product (GDP) is a theoretical concept in which resources are allocated optimally with no distortions. For example, every worker is matched with the perfect job for his skill level, every good idea is implemented, etc.

It is difficult to measure potential GDP with accuracy. Practically, the economy rarely operates at potential GDP because of changes arising from shifts in the aggregate demand curve and the short-run aggregate supply curve.

However, economists expect that the long-run growth rate of potential GDP can be approximated by constructing measures of the trend in actual GDP that smooths out business cycles fluctuation. 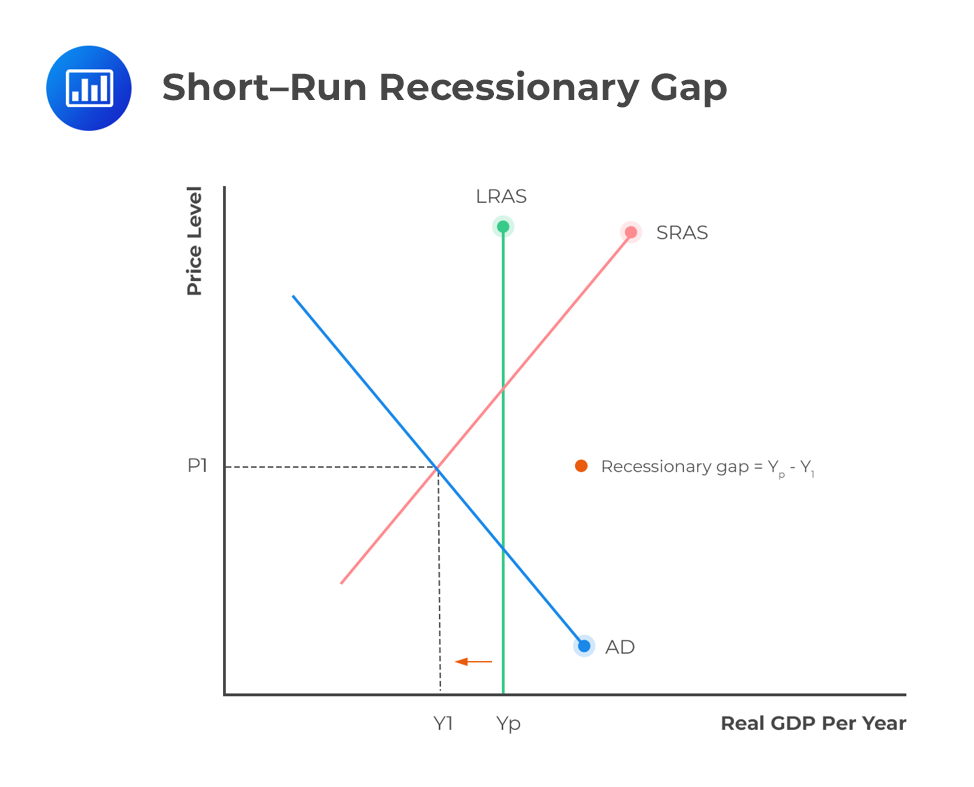 A shift to the left side of the aggregate demand curve or a decline in quantity demanded leads to lower prices and, hence, a lower GDP. This brings economic contractions, and if such declines drive demand below the potential GDP of the economy, the economy goes into a recession. Companies will then tend to reduce their workforce hence raising the rate of unemployment.

A short-run inflationary gap occurs when the short-run level of equilibrium GDP lies above the potential GDP: 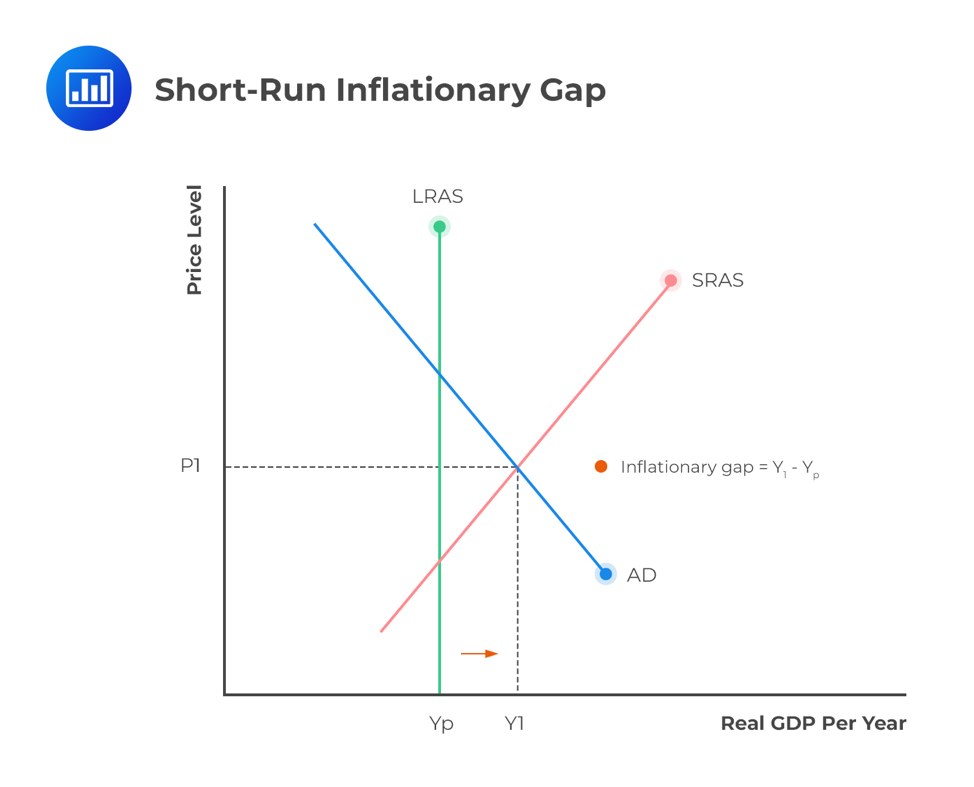 This leads to an upward rise in prices. Due to an increase in aggregate demand, companies will tend to increase their production and employ more workers. As the economy attains its potential GDP, companies pay more wages and other input prices to increase production. 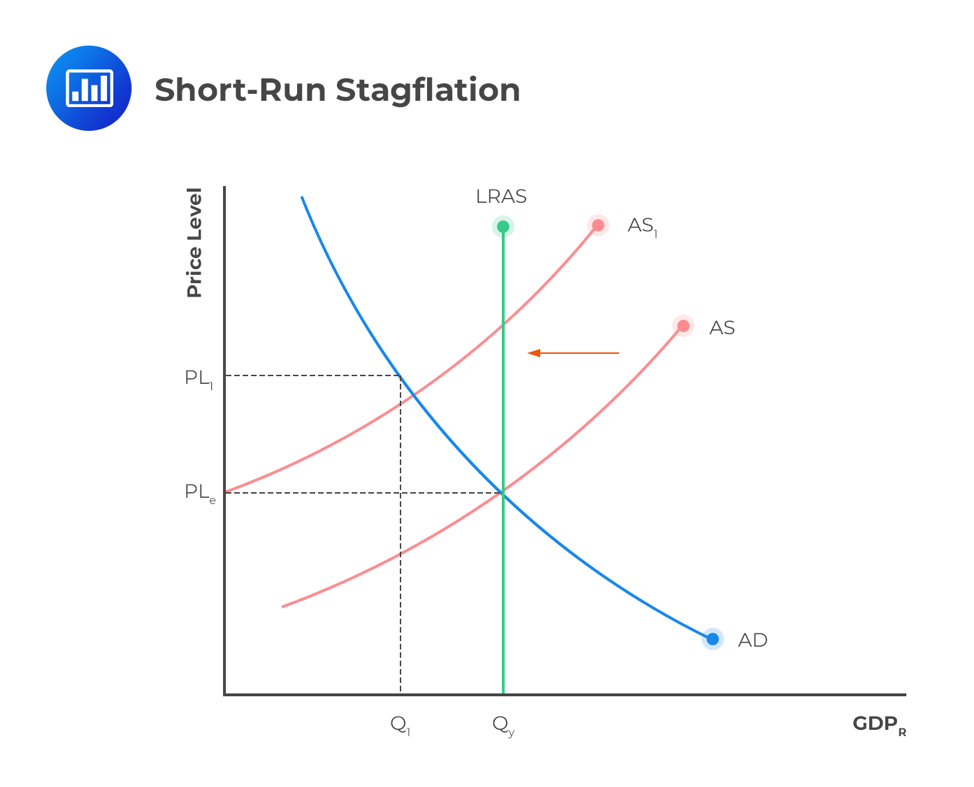 Which among the following is most accurate regarding short-run stagflation?

A. Stagflation occurs when the short-run level of equilibrium GDP of the economy is above the potential GDP

B. Stagflation is caused by a fall in the short-run aggregate supply

A decline in the short-run aggregate supply will lead to stagflation, which is characterized by both high unemployment and high inflation.

Capital restrictions are the measures that the governments or central banks take to...

The Fisher effect was developed by an economist named Irvin Fisher. This effect...